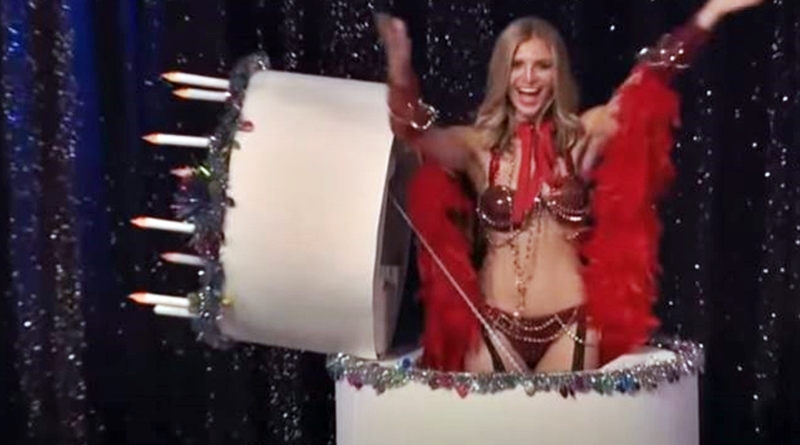 Bachelor: The Greatest Seasons — Ever aired on Monday, June 22. It brought back Season 20 that featured Ben Higgins as the lead. Ben and Jess Clark didn’t watch the rerun of his season. Nevertheless, he said that he felt no regrets. But now, it turns out he regretted something. He actually apologized to Olivia Caridi.

During the show on Monday, Chris Harrison chatted with Olivia Caridi. Recall, that Olivia got pretty much made out as the villain during Ben’s season. And, that’s not usual. But, Olivia lived with the after-effects for a long time. It seems she suffered a loss of self-confidence. Olivia works as a news anchor in Texas, so suffering fallout that impacted her self-confidence sounds really bad for her.  Possibly, Ben never realized how hurt Olivia was after her stint on the ABC show. While he once said he had no regrets, it seems he feels very sorry about Olivia Caridi now.

Actually, Chris Harrison also expressed his regret at the way it turned out for Olivia on The Bachelor. During the season, it seemed like the producers almost manufactured reasons for the audience to diss on her. Recall the dramatic popping out of the cake scene? On the group date, she ended up dancing like a showgirl all dressed up for the part. Often, it seemed she got manipulated into confrontations with the other contestants. It embarrassed her, and she took a lot of heat from fans.

Olivia tells her side of it to Chris Harrison, Ben apologizes

US Weekly reminds fans that Olivia seemed upset recalling her time on the show. While she admits she grew from it all, she went through a hard time. Obviously, she saw that fans and critics said some pretty nasty things about her on social media. Describing the experience as “painful,” she told, Chis, “Seeing what people really thought of me and what people were saying, that was really hard.”‘ While Olivia admitted not all of the criticism was unfair, she felt it was rather “ruthless.”

Plenty of the trolls talked about her body, like her breasts and mouth. The bad Bachelor experience made Olivia felt hesitant to even go out in public. Obviously, the body-shaming and mocking severely hit her confidence levels. Chris said that he felt “sorry that you had to go through this and that you did go through this.'” Meanwhile, obviously moved by her story, Ben Higgins also apologized to Olivia.

Ben said, “I think the way that I navigated the confrontations and issues of the show, could have been better to help you.” He also called on fans of the Bachelor franchise to recognize that while Olivia “didn’t come off perfectly all the time…none of us did.” He also described her as a “rockstar.”

What do you think about Olivia feeling so shy and embarrassed as the villain that she didn’t even want to leave her home? Sound off in the comments below.