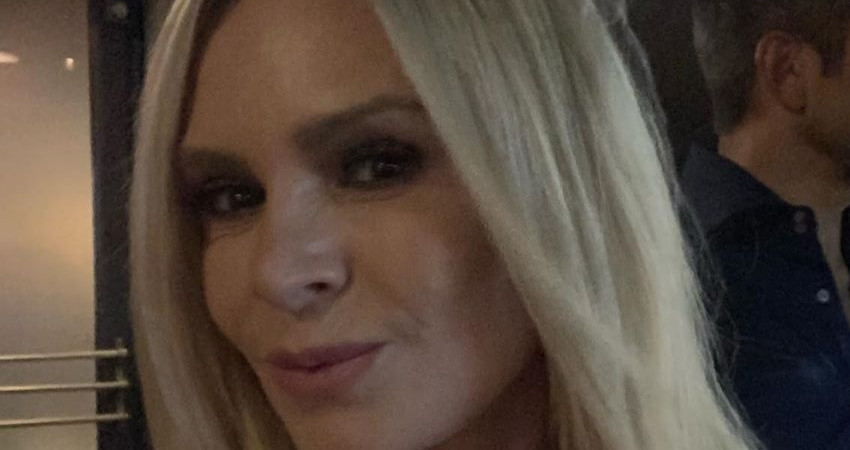 The Real Housewives of Orange County star Tamra Judge is saving money for a rainy day. The reality star lives “within [her] means.” Unlike some of her former co-stars, she says. Tamra makes pointed comments about some of them renting expensive houses just to look rich on the show.

Furthermore, Tamra blasts them for not having jobs outside the show.

While Tamra may have fallen out with former co-star Shannon Beador, she seems to be on good terms with Gina Kirschenheiter. During an appearance on David Yontef Beyond the Velvet Rope podcast, Tamra praised Gina’s frugal lifestyle.

As a newbie to RHOC, Gina isn’t raking in the big bucks. Yet. Tamra believes Gina’s Bravo salary “is gonna go up.” Gina’s lifestyle will “adjust to it.” However, Tamra doesn’t think Gina will go overboard or “pretend” she’s richer than she is. Like some of the other women on the show, Tamra says.

The RHOC alum throws shade on other former co-stars living outside of their means on big houses.

Tamra praises Gina for buying “a house by herself, like she should.” Some of the other RHOC stars are “living in seven, eight thousand square-foot houses but they’re paying $20,000 a month in rent.”

Reality Blurb notes that both Kelly Dodd and Shannon, neither whom Tamra gets along with, both rent prices in that range.

Other Former Co-Stars Aren’t as ‘Smart’ With Their Money

Ever since RHOC started back in 2006, the gated community lifestyle served as the show’s main appeal. As a result, many stars from RHOC and other franchises spend money to look richer than they are. Who can forget RHONJ’s Teresa Giudice paying $120K in cash to buy furniture during Season 1. She, and her husband Joe, later went to prison for wire fraud.

Unlike Teresa and some of her RHOC co-stars, Tamra isn’t a “frivolous spender.” In fact, she says she lives “way below” her means. She knew that the Bravo contract wouldn’t last forever. And Tamra feels a lot of the other Housewives need to learn that lesson.

In fact, Tamra thinks they need to get jobs. On the podcast, she notes that many of them “have no other income” aside from the Bravo show. Tamra, along with her husband Eddie Judge, own a gym and a CBD business.

Basically, Tamra believes that she’s “smarter” with her money than others.

Is Bravo Looking For Younger RHOC Stars? Tamra Thinks So

Before she got into the money thing, Tamra shared her suspicions that her age played a part in Bravo firing her. Tamra recounts having friends try out for the show only for Bravo to hire “the younger” ones.

Her BFF and RHOC co-star Vicki Gunvalson blames her own firing on the “conservative views” of fiancé Steve Lodge. According to Vicki, the “very liberal” Bravo didn’t like his political views and she paid the price for it.

Tell us in the comments if you think Tamra is right about reality stars spending their money too freely.

The Real Housewives of Orange County will return to Bravo later this year or next year, depending on when filming resumes.