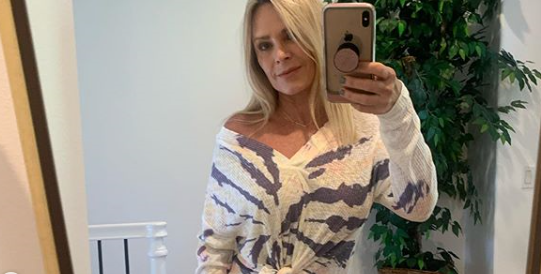 Tamra Judge recently went on the podcast Behind the Velvet Rope with David Yontef and talked about when RHOC fired Heather Dubrow. Heather came to The Real Housewives of Orange County during the seventh season and left after the eleventh. On the podcast Tamra said letting her go was, “their biggest mistake.”

She went on to say the show hasn’t been the same without her. She also maintained she wasn’t high-maintenance, like some of the women on the show now. It all came down to a personal conflict with an executive at Bravo.

With lots of time on my hands I’ve been experimenting with my ‪ @Mermade.hair‬ wand. It gives my hair that effortless beach wave. Mermade Hair is a hair tool inspired by real women who want an affordable way to create easy, lush & beautiful waves. Taking style cues from it-girls, Mermade Hair aims to give all girls the ability to create the hair trend of the moment – effortless waves. Use my code TAMRA for 15% off 🧜‍♀️

Tamra Judge had a lot of praise for the former reality star. Judge said, “I felt like she was amazing on the show. She gave the show a little bit of class, a little bit more class than it has right now. She had fun trips and exciting things planned for us. It’s not like something she just did for TV because she still does it.”

She said according to the Inquisitr, Heather, “wanted things done a certain way. Tamra said, “but trust me, there’s people on the cast right now that are way worse. Way worse.” Tamra said those people, who she didn’t name, are crazy and blow up producer’s phones all the time.

Heather didn’t take getting fired well according to Tamra Judge. She said Heather unfollowed a lot of Bravo reality stars and producers to avoid getting upset. Like Judge, Heather did get an offer for a part-time role, but she turned it down.

Tamra And Vicki Being Asked To Leave Shocked Heather

When she learned of the firing, Tamra Judge said Heather reached out to her and Vicki Gunvalson. She told them their dismissal shocked her which was the case for a lot of fans that followed them from the beginning. After being fired, it took Heather three years to get over it. It took her that long to start watching the show again and following other Bravo stars on social media.

Heather has moved on to other ventures. Hosting her own podcast is one venture she puts a lot of energy into. She is happy to give her opinions of the world of the Housewives. Recently when asked if she would return to the show, she said probably not. Heather said she’d made good memories and checked that box.

As for Tamra and Vickie fans may get to see them together again when the world returns to normal. There’s been rumors they are in talks to do a show together where they go on a road trip. Fans will be looking for a show featuring the two of them to be a trip like no other.