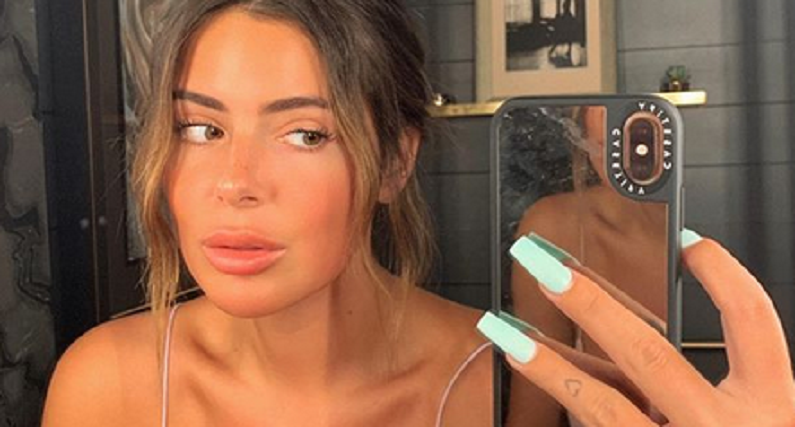 Brielle Biermann made a shocking confession. She revealed that she went for two weeks without washing her hair during the quarantine. The Don’t Be Tardy star got candid about her personal hygiene. It may come as a shock to some fans.

The 23-year-old revealed what she’s been up to amid the coronavirus pandemic. This comes after Brielle gave herself a shocking new look this year. Brielle no longer has her signature blonde hair. She wanted darker tresses so she could look less like her mother.

The reality star also wanted to go as natural as possible. It turns out that Brielle was heavily committed to her new look. She revealed that she hasn’t showered in two weeks.

The Bravo personality made an appearance on Us Weekly’s Candlelight Confession series. Brielle revealed what she’s been doing during the coronavirus pandemic. She discussed her quarantine habits or lack thereof. One of the things she hasn’t been doing is showering. Brielle revealed the longest time she’s gone without showering. She was convinced it would make her hair longer.

“I shower every single day before I get in bed, for sure, and after the gym,” Brielle confessed. “But washing my hair, I did go a week and a half [without doing that]. I thought that was going to, like, magically make it grow or something. And I read that it doesn’t.”

just call me Rapunzel with the bundles!🤎🖤

Brielle doesn’t care about being fashionable during the quarantine. She admits she hasn’t worn “jeans or a cute outfit” in a long time. She wanted to be as natural as possible in her Instagram photos. Brielle has embraced the “sweatpants and leggings” lifestyle.

The model also found new ways to entertain herself during the quarantine. Although she’s on reality television, she’s “never watched TV” before the quarantine, but now she’s hooked. Some of Brielle’s favorites include Breaking Bad, Grey’s Anatomy, Money Heist, and Queen of the South. Of course, she watches her mom’s show Don’t Be Tardy.

Brielle and Ariana look like identical sisters in latest photos

“brunette biermanns,” Brielle captioned the post. She included a series of heart emojis. In the post, Brielle also credited three hairstylists for their extensions.

Brielle opted for a white T-shirt while her 18-year-old sister wore a white tube top with a sunflower design. Both starlets wore a smokey eye look with peachy pink lipstick.

Both Biermann sisters revealed their darker hairstyles on Instagram earlier this month. They took a quick trip to an Arizona salon to get it done. Brielle and Ariana traveled from Atlanta to Arizona shortly after the state reopened amid the COVID-19 pandemic. While Brielle has spent most of her time at home, she’s been making quick trips to maintain her signature look.