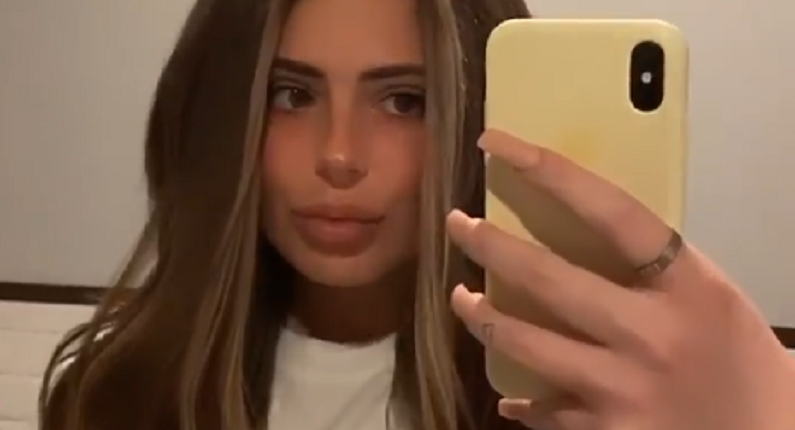 Brielle Biermann is still obsessing over her lips. Kim Zolciak Biermann’s daughter has an on-and-off relationship with her famous pout. Earlier this year, she revealed to her fans that she stopped getting lip injections.

But that didn’t last for long. On Watch What Happens Live After Show, Kim said that both she and her daughter got work done. Brielle went back for more lip fillers. However, Kim says that she’s taking it slowly. Brielle just had a revelation over her lips on social media.

Kim Zolciak Biermann’s daughter is finally “over the big lips”

Brielle Biermann just had a revelation on social media. Her lips have been the topic of conversation ever since she got lip fillers. The 22-year-old reality star revealed that she’s over “big lips” lately. Earlier this year, she dissolved her lip filler addiction with Board-Certified Physician Injector Thuy Doan, MD, per Us Weekly.

But she recently got lip fillers to reshape her pout. Brielle spoke exclusively to Us Weekly about her decision to re-inject filler into her lips.

“I had them pumped up just a little bit again at the end of January,” she said in a virtual interview.

Brielle only did it a little at a time. Whenever she looks back at old photos of herself, she thinks her lips were too big. Although Brielle was slammed for her plump pout, she says she doesn’t pay attention to online critics. She only cares about her friends’ input. Brielle says she’s shocked why her friends didn’t tell her anything.

“But my friends, I’m like, ‘You guys are terrible. Why did you not tell me that my lips looked crazy?'” the Don’t Be Tardy star exclaimed.

Brielle Biermann and Kim Zolciak got cosmetic procedures during quarantine

The mother-daughter duo didn’t let the coronavirus pandemic get in the way of their cosmetic procedures. Kim made an appearance on Watch What Happens Live With Andy Cohen on Sunday, May 17. She was honest when he asked her about whether her current appearance reflected nine weeks without Botox or fillers.

“Um, no, Andy,” Kim said before explaining that Atlanta lifted its lockdown, per International Business Times.

“Brielle and I both were [my doctor’s] first. She did my Botox, touched up my lips a little bit. I get migraines just in general so the Botox actually really helps me in the back of my neck here and [in my forehead] so that’s kind of my goal,” she admitted. “I mean, I am getting old. I’ll be 42 on Tuesday.”

As for her daughter, Kim admitted that Brielle also got work done on her lips.

But it appears that she didn’t get her lips done after all. Brielle revealed that Dr. Doan dissolved her lips.

“I’m over big lips,” Brielle told Us Weekly. “I went through it. I’m done looking like that.”

But she’s not over lip fillers completely. She admits she likes the “pout” and “plumpness” that she gets from fillers, but she doesn’t “want to overdo anything.” Brielle’s insecurity stemmed from when she was 18, adding that her lips have made her insecure since she was “really young.”

What are your thoughts? Do you think Brielle Biermann is “over” big lips forever? Sound off below in the comments section.