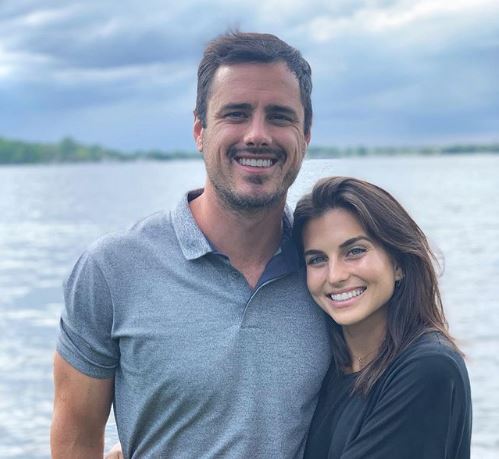 Tomorrow night it is time for ABC to show Ben Higgins season of The Bachelor. Ben didn’t end up with the girl he picked at the end, though. Instead, he is now engaged to Jessica Clarke. They didn’t meet on the show, but Ben has found the love of his life. It even looks like a wedding could be coming soon.

Us Weekly shared that these two like the idea of adopting in the future. Marriage is the next step for this couple and then who knows what will come next.

Ben talked to Us Weekly and shared their thoughts. It really does sound like adoption could be in their future. Here is what Ben revealed.

Do they want a big family?

Ben Higgins says that two kids would be enough, but Jessica is from a family of three, so who knows what will happen. They don’t have plans for a huge family, though.

There is one thing that Jessica wants Ben isn’t giving her yet. She would love to get a puppy. The thing is they have a lot of freedom right now. It really does look like they are not quite ready for kids. The puppy is going to end up coming first.

I am fortunate enough to have this man by my side as a friend and father. If you have met him you know he’s one of a kind and he is easy to love. I am very fortunate, and I try my best to not take that I have @mrsilverlakefox as my father for granted. As many will be posting about #fathersday we should all recognize that this day for many is a day of lamenting. For all of you, I am sorry. As you walk through this day trying to process the pain and loss you are not alone and you are most certainly loved.

Fans can’t wait to hear that Ben and Jessica have tied the knot. The couple has been engaged for a bit and it could be anytime.

JoJo Fletcher actually shared that she remembers when she said “I love you” to Ben Higgins. This is the season that fans will get to see this week. During their fantasy suite date she said the following:

“When I think about the future, there’s not a doubt in my mind that I would want to spend it with you. I do, I do love you. And that’s weird that I just said that, because I’ve been so terrified about saying that.”

Don’t miss watching Ben Higgins season of The Bachelor on Monday night on ABC. Ben and Jessica already shared that they don’t have plans to watch. It is interesting to see an entire season air in just three hours.