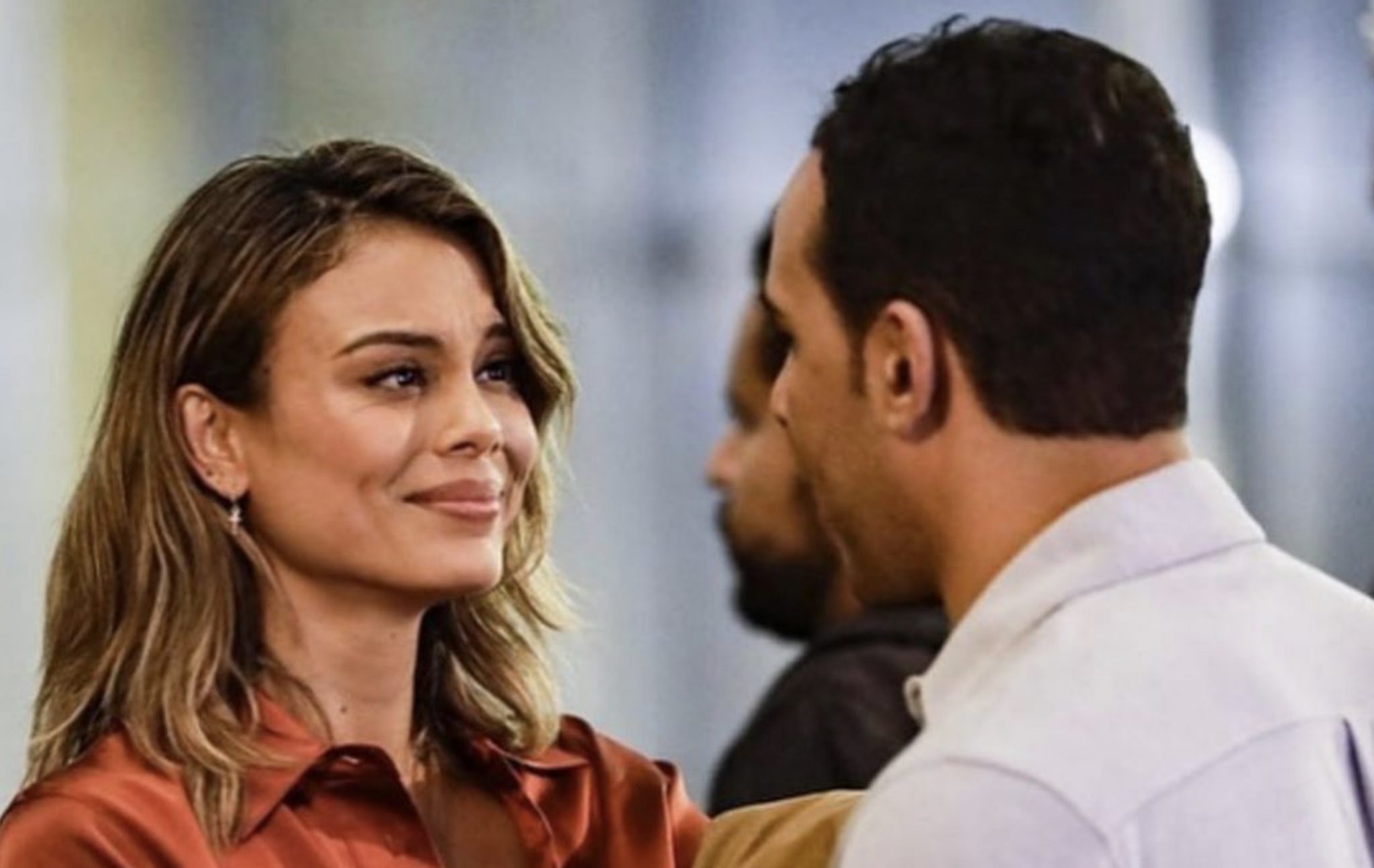 Early this week, ABC axed the mid-season rom-com, The Baker and The Beauty, disappointing fans of this Latinx series. Since then, star Nathalie Kelley has suggested that another network could pick up the dramedy. In addition, fans have created an online petition and celebs like Eva Longoria and Zoe Saldana have shared their support for keeping the show. What is the latest news about  Season 2?

Fans and celebrities alike are trying to find a way to save The Baker and The Beauty. The show was canceled just a few days ago, but they are not giving up. Show star Nathalie Kelley spoke to TVLine expressing her disappointment over the cancelation.

The former Dynasty star pointed out how important it is to have shows that depict Latinx beyond “narcos and maids.” She also shared that this was a “tone deaf” move by ABC. This was one of those few shows that depicted Latin families as ” warm, lovable, full of joy and compassion and humor.”

Right now, there is an online petition to save The Baker and The Beauty. Nearly 128,000 people have signed. The show needs this sort of support if it is to be saved. Thankfully, there are also some A-listers who want to help.

Please repost! ❤️If there’s one thing being on @bakerandthebeauty has taught me is that there is nothing like the love and resilience of a Latino family. ❤️Even in the face of adversity we don’t give up and we fight for our dreams and that’s exactly what we have done for this last year of our lives while working on and promoting the show. From the beginning we were the underdog. Nobody expected we would get picked up, everyone was surprised when we got great reviews. While many of our Latin community did show their support for the show, the majority didn’t (You know who you are. Sadly jealousy in our community is a real issue but that’s what happens when your people have never been given a seat at the table) There wasn’t much network support or enough advertising, yet we persevered, promoted the show on our own, organized campaigns, watching parties, saw a ratings bump for our finale – but it was still not enough and now we’re in the position of having to fight for the survival of our show. I now know how most Latinos in this country feel – made to do all the hard work and still overlooked! And this is despite universally positive reviews and a fan base that is more engaged than anything any of us has worked on. I won’t say anything negative here about the network that was gracious enough to put us on the air. I want to find another home with a platform that understands the need for a show like this right now. Especially at a moment in time when we are becoming aware of how important representation is of our black and brown communities. Especially when love and laughter is the medicine you all agree is what we need right now! In my bio is the link to sign the petition to save the show. Our wonderful studio is shopping it now and your online support will only boost our chances. Latinos especially. Now is the time to make your voice heard. Maybe you were asleep earlier or feeling envious or not supportive. I forgive you! But now Is the time to stand with your people and ensure that our stories get told. Today it’s us, tomorrow it could be your show. Use this hashtag #savethebakerandthebeauty and tell everyone why we need this show ❤️let’s do this!!

A-Listers Support The Baker And The Beauty

Calling out their support of the show are two huge A-listers, Eva Longoria and Zoe Saldana. Eva shared on Instagram that “Representation matters on tv.” She pointed out that this was a “sweet show about a good family.” The Desperate Housewives star also pointed out that The Baker and The Beauty was one of the “few” Latinx shows on television. She pointed out that there are “over 500 television shows on air, and ZERO Latino shows on network TV right now, and only a handful on streaming.” She encouraged fans to promote this show and try to save it.

Actress Zoe Saldana also went to Instagram to share her dismay that ABC canceled the show. The Avatar star shared the petition to help save the show. She hashtagged several streaming services, in hopes they are paying attention.

She wrote, “Represent Por Favor! We were all watching the show! And when I say WE, I mean we Americans of Latinx Blood.”

Could The Baker And The Beauty End Up Elsewhere?

What about other networks or streaming services? Could someone else save The Baker and The Beauty? Nathalie Kelley seems to think so. Just a couple of hours after ABC officially canceled the romcom, the Aussie actress went to Instagram to share her “optimism” that the series would be picked up.

Now, the question is whether A-listers like Eva Longoria and Zoe Saldana, as well as the online petition, can help convince another network to pick up this Latinx show. Considering the current call for more diverse stories, this could be an opportunity for another network to broaden its offerings.

In addition, The Baker and The Beauty is an upbeat show about love. Right now, there are a lot of people looking for that sort of optimism.