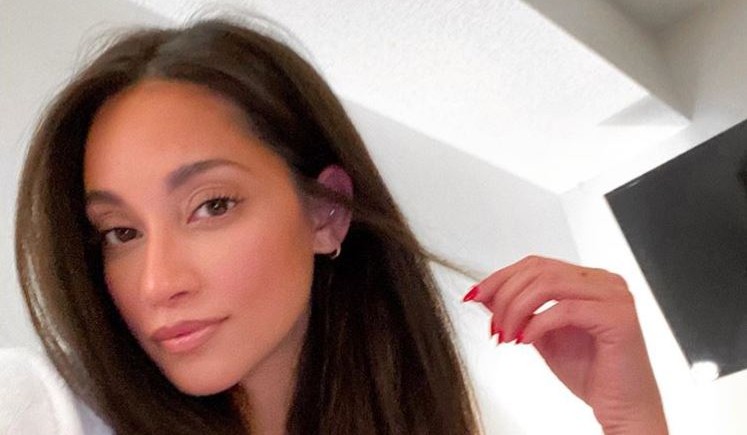 When the rumors first started about former Bachelor Chris Soules and fellow alum Victoria Fuller, fans were shook. Then, they all took to the idea and have been waiting for any morsel to surface about their new relationship. Victoria has been in Iowa with Chris on at least two occasions. Now, it looks like Chris made the trip to Virginia to see her.

Chris and Victoria are adorable

Fans have been eager to see a picture of Chris and Victoria together. It has finally happened! Apparently, Chris is visiting her in Virginia and the two stepped out to eat. The Leaping Lizard Cafe on Shore Drive shared a picture of this hot Bachelor couple on their Instagram page.

The cafe said, “Loved having the cutest Bachelor couple join us for lunch today! Thanks for coming🌹 @vlfuller @souleschris.”

The photo shows Victoria hugging Chris while they both smiled for the camera. This is the first picture of them together that has surfaced.

Loved having the cutest Bachelor couple join us for lunch today! Thanks for coming🌹 @vlfuller @souleschris

They seem very happy together

Entertainment Tonight also shared news of their first public photo together. The news outlet also talked about how shocking their relationship initially was. Chris Harrison commented on Victoria and Chris when the rumors were first being confirmed a while back.

Harrison said, “Apparently there’s more and more evidence building to this relationship. Nobody saw it coming… but great. I guess he slid into her DMs — is that how that works?” He continued, “I don’t know, but good on them. I hope they’re happy and I hope she’s driving tractors around, flipping up the soybeans and all that good stuff. That’s great.”

Fans were able to figure out Victoria was at Chris’ farm in Iowa based on selfies she took in his home. The pictures matched some that had been featured on Jillian Harris’ website. Then, she confirmed it all when she posted a picture looking sexy on a table. She captioned it, “Farm Life.”

Chris and Victoria have both had troubles in their pasts

While it may seem like they have nothing in common, they do. They both have had things happen in their lives that made them look bad. Chris faced criminal charges for a leaving the scene of a fatality accident. Victoria was accused of ruining multiple marriages. She has adamantly denied those claims.

Regardless of what brought these two together, they are adorable. It will be exciting to see where their journey leads them. What do you think about Chris and Victoria as a couple?