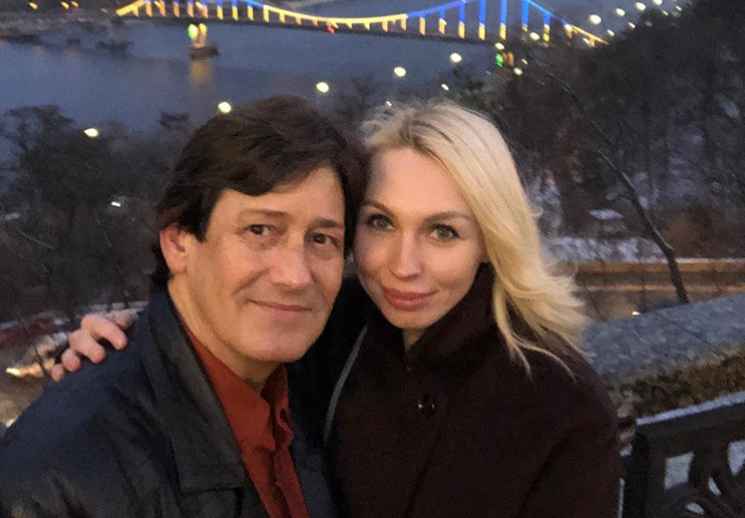 David Murphey is a fan favorite from the latest season of 90 Day Fiancé: Before the 90 Days. It took seven years for David to finally meet his Ukrainian girlfriend, Lana. However, while appearing on the show’s Tell-All, Murphey opened up to say he is unable to speak to Lana right now. This is reportedly due to the International Marriage Broker Regulation Act (IMBRA).

As reported by ScreenRant, David Murphy tells fans at the show’s virtual reunion that he is blocked from talking to his fiancé Lana. He met Lana on a dating website, where he had to pay each time he spoke to the Ukrainian beauty.

Many fans believe Lana is catfishing David, as she will only communicate via the website. This has cost him a whopping $300,000, just for the privilege of speaking to Lana. However, they talked together over a period of seven years. All the way, every time David tries to meet Lana, she lets him down. He travels to Ukraine to meet her at an agreed location and she never shows.

After he returns to America from his latest trip, David and Lana make another plan to meet. He travels to Ukraine again and this time she appears. David, and everyone watching, is astonished.

On the 90 Day Fiancé virtual reunion, Big Ed Brown takes it upon himself to mock David about his relationship. Ed believes if Lana really wants a relationship with David, she will leave the dating website. David comes back at him, saying the dating website was the only way he can communicate with Lana. Due to a law, it is forbidden for Lana to interact with people using different platforms.

Murphey told Ed he is prohibited from speaking to Lana any other way due to the International Marriage Broker Regulation Act (IMBRA). This leaves cast members and viewers confused about his explanation. One Reddit user, TheDogmotherPartTwo, decides to look into the IMBRA law relating to Lana’s dating website, Victoriya Club.

The Reddit user writes that the agency is clearly misstating the law. This is to trick men into only using the Victoriya Club website, at a cost per minute basis. If the law was, indeed, misstated, Murphey could have spoken to Lana for free the entire time. $300,000 is a lot of money!

Lana has promised to delete her account on Victoriya Club. For this reason, David bought her an iPhone. He also wants them to get married. However, Lana didn’t follow through and is still on the website. She also tells Murphey she can’t use the iPhone due to her nails.

Big Ed found Lana’s explanation a little strange. This led to him accusing Lana of using David for his money. David’s response is that he knows Lana isn’t scamming him.

While the couple is still engaged, David says on the Tell-All they haven’t talked for a number of days. It is unknown at present whether David and Lana will continue their relationship. It is also unknown if the pair will star on a future season of 90 Day Fiancé.

Isabel Roloff Glows In New Bumpdate & Gets Honest About Pregnancy
Meri Brown Gets Cryptic About ‘Being Broken,’ Is She Alright?
‘Bachelorette’ Katie Thurston’s New Post Has Fans Questioning Her Ending
Angela Deem Flaunts New Body Straddling Floater In Sexy Swimsuit
Did Ariana Madix Change Her Stance On Having Kids?