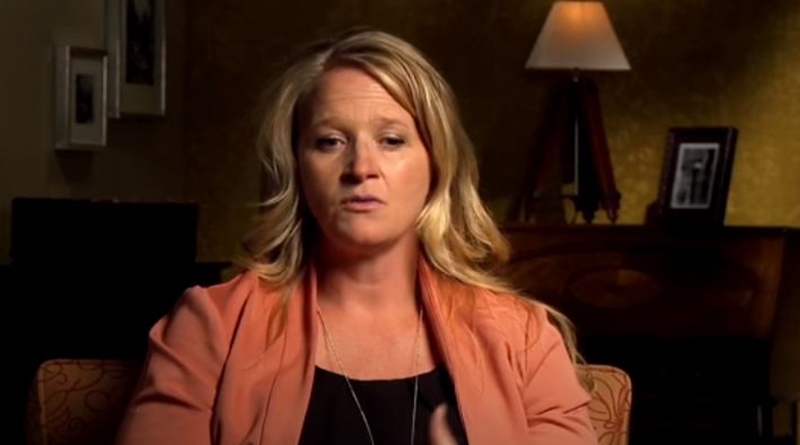 Sister Wives Season 14 seemed very different from previous seasons of the TLC show. For the first time, fans saw that polygamy comes with loads of problems. Usually, it’s all happiness and joy on the show. But in the season that just ended, much bickering took place. Kody even admitted that polygamy’s not easy. Some fans complained about the show and called for cancellation. But, it looks like die-hard fans get more of the Brown family in the future. Christine Brown just dropped a major hint that Season 15’s in the pipeline.

Christine seems very active on Instagram these days. She goes beyond her old but loved Car Confessions and fans see her go live more often. Taking a walk around her Flagstaff neighborhood, fans asked her questions. One of them asked about her daughter Ysabel. Fans might recall that a few seasons back, she got all strapped into a harness in an effort to help her scoliosis. Nearly in tears, Ysabel struggled with her daily mission and straps but they hoped to stop the curvature of her spine without surgery.

When one fan asked about how she’s doing these days, the answer was not very forthcoming. Apart from mentioning that she’s doing alright, she couldn’t say anymore. That’s because apparently, fans can expect to see more of Ysabel and her problem in future episodes of the show. Christine mentioned that her NDA means she can’t discuss it in detail.

Season 15 in the media

The Sun UK wrote about the possibility of a new season of the show. They noted that the fact that TLC never aired a Tell-All might indicate that viewers’ complaints meant no future season would take place. But, that could also be due to coronavirus concerns. Bear in mind, Tell-Alls sometimes get filmed after the main season ends the main shoot. Nevertheless, the outlet cited many Reddit users who felt the show was “boring” and TLC now struggled for new storylines.

However, despite the boring Sister Wives storyline, ratings soared for the show this year. The outlet noted, “Season 14 premiered on January 5 with 1,731,000 viewers.” They added, “The finale episode on April 12 ended on a high, with a whopping 2,381,000 tuning in.” Actually, when the article came out on April 29, none of the wives or Kody teased any future seasons of the show. But thanks to Christine’s hint, it looks like those fans who hope for more might just get it.

Naturally, with self-quarantine, there’s no way of predicting when Season 15 might come along. Other TLC shows like 90 Day Fiance: Self Quarantined were cobbled together from remote footage. Others got put on hiatus. What do you think about Christine’s hint at a new season of Sister Wives? Are you one of those people who hope that the network brings more of the Brown family? Sound off in the comments below.