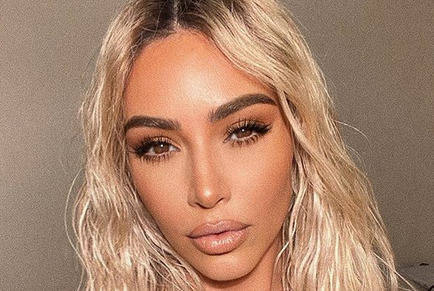 Kim Kardashian West told The Wall Street Journal on June 17 that she plans to start a podcast, Proving Innocence. Kim is studying to be for the bar to fulfill her dream of becoming a lawyer. She wants to focus on prison reform and helping inmates with unreasonably long sentences. In her podcast, she will cover the controversial case of Kevin Keith.

All about Kim’s podcast

Kim Kardashian partnered with Spotify and Lori Rothschild Ansaldi to make this new podcast possible. Kim and Lori will co-host the Spotify exclusive show. The first episode of Proving Innocence will air in September 2020. Lori has already done some work on the investigation of Kevin’s case.

Kevin Keith, a Black man from Ohio, was convicted of three murders in 1994. However, there was no proof that he was guilty. Furthermore, the police never questioned him before arresting him. Despite pleading innocent, Kevin was sentenced to execution. Less than two weeks before his execution date, Ohio Governor Ted Strickland changed Keith’s punishment to a life sentence in prison. Kim Kardashian has been looking into this case to prove Kevin innocent.

Other strides Kim has taken toward prison reform

Over the past few years, the Keeping Up With the Kardashians star has been petitioning for shorter sentences for several prisoners. As a result, more than 20 prisoners’ sentences have been commuted. Kim focuses on the cases of Black prisoners. She sees more injustice for Black people than white people and wants to solve this issue.

In April 2019, Kim released her own show, Kim Kardashian West: The Justice Project. In this documentary, Kim brings awareness to the flaws in the United States criminal justice system. For example, two of the cases she follows are those of Alexis Martin and Dawn Jackson. Alexis and Dawn are victims of sexual abuse. They both killed their abusers. Even though they did so to defend themselves, both women were persuaded into pleading guilty.

Kim currently has a law apprenticeship in California. Because she does not have a college degree, she is taking an alternative route to becoming a lawyer. This path also requires additional tests. After her first year of the process, Kim admitted, “It’s so hard,” but then continued, “It feels so good, having finished year one.”

On June 19, Kim took to Twitter to raise awareness for a few cases. She tweeted, “I just have to share a few cases to show how broken and unfair our justice system is.” She then posted links and descriptions to two cases. The first tweet showed a white woman who hung a child and only was sentenced to probation. In the next post, she shared the link to the case of a Black woman who received five years in prison for lying about her address.

THIS MOTHER GOT 5 YEARS IN PRISON FOR PUTTING A FAKE ADDRESS SO HER CHILD COULD GO TO SCHOOL!!!! https://t.co/sQkrmcrohi

Will you be tuning in to Kim Kardashian and Lori Rothschild Ansaldi’s podcast in September? Be sure to check TV Shows Ace for more updates.