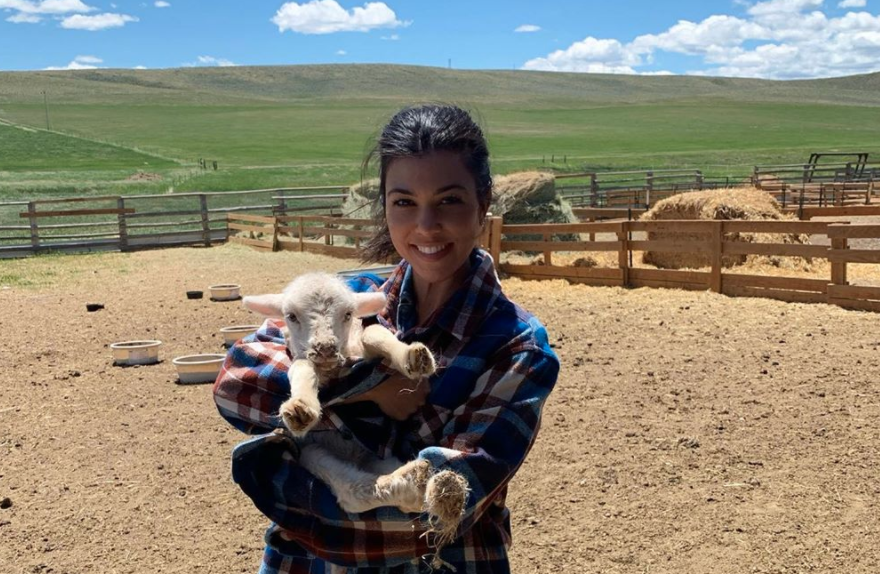 Scott Disick and Sofia Richie broke up, so of course, all eyes are on Kourtney Kardashian. Fans think that they may be on to something now.

After Sofia and Scott’s breakup, Kourtney and Scott seem to be spending a lot of time together. The pair were even seen out at Nobu a couple of weeks ago. Now, the pair are in Wyoming with some family including Kylie Jenner and Stormi Webster.

According to US Weekly, there was a photo posted of Scott wearing a red and blue flannel. Shortly after, there was a photo of Kourtney Kardashian wearing an identical flannel. Could Kourtney be stealing Scott’s clothes? This is definitely making fans think there is something new between the pair.

As for their trip to Wyoming, they seem to just be having a lot of family fun.

“They’re all having a fun time doing family activities like swimming, etc,” said a source. “Scott hasn’t been speaking about his breakup with Sofia.”

This trip seems like the perfect distraction from Sofia for Scott.

What happened to the happy couple?

After three years of dating, Scott and Sofia split. Apparently Sofia struggled with the fact that Scott was always putting others first. This includes his family but also Kourtney Kardashian. Scott has always loved Kourtney so it’s really no surprise that this drove a wedge into his relationship with Sofia.

“Scott is always going to be in love with Kourtney, and that’s something Sofia has had to face since even before she got serious with him,” a source said.

Not only that, but Scott has started to struggle with his mental health again. He was even checked into rehab for a bit during the quarantine. Of course, he’s out now. However, it has been a bumpy year for Scott.

Fans seem eager to move on though. Now that Scott and Sofia are broken up, fans seem ready to get Kourtney and Scott back together. They did have a pretty long relationship and do have three children together. However, at this point, they both have to do what makes them happy. Fans can only hope that they make each other happy enough to get back together.

Do you love Scott and Kourtney Kardashian together? Let us know what you think in the comments. Come back to TV Shows Ace for more news on your favorite reality TV stars.