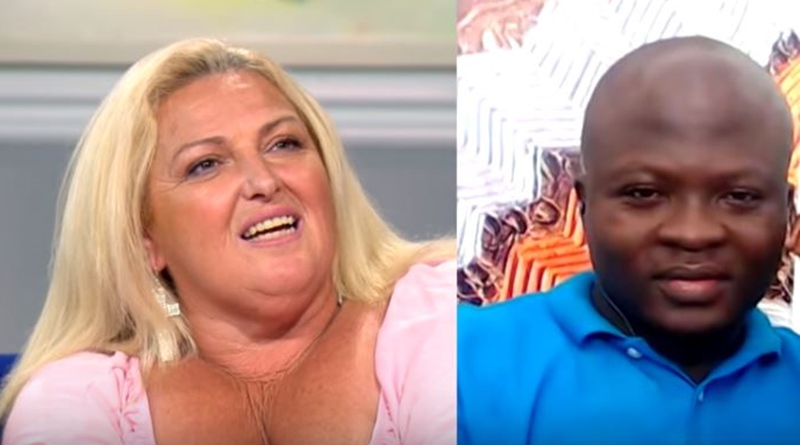 90 Day Fiance: Happily Ever After? brought Angela Deem and Michael Ilesanmi back to TLC. Fans know from their multiple appearances in the franchise, that Micheal hopes for kids. In his Nigerian culture, it’s a requirement. That’s the main reason his mom was against their wedding. At one stage, fans made a joke about Angela’s last egg. But now, she’s all excited about her periods starting again. But, could there be a problem? After all, she may have suffered postmenopausal bleeding, not a good sign.

Fans saw Angela get really hopeful when the doctor told her she had only one egg left. However, the chances of her conceiving a baby seemed very slim. When Angela approached her daughter and asked for one of her eggs, she refused. Angela famously told her daughter that she could “tote” a baby. The moment spawned plenty of memes and even merchandise. In Sunday’s episode of Happily Ever After, Angela and Micheal seemed excited. Angela, who didn’t have a  period for a while, told him she started again.

The 90 Day Fiance star also reminded fans that it’s been two years since her last period. That seems to indicate that she’s well into menopause by now. Usually, any sort of occasional spotting after menopause ends within a year, the Women’s Org points out. Naturally, it looks like there’s hope for a new baby between Michael and Angela. But, some fans mocked Angela about her last egg. Others note that she should get it checked out. After all, it could mean something’s going wrong.

Fans can’t say for certain that Angela went through menopause. But judging by what they saw on the show, it seems that way. Now on the way to the age of 55, it’s possible she did. Some fans cautioned her on Twitter during the episode. One fan wrote, “Angela, if you are getting your period after TWO years of not getting them you need a biopsy not a baby! That is not a sign of fertility but rather of something wrong.”

Another 90 Day Fiance fan noted that Angela needs to consult a doctor sooner rather than later. But many fans laughed about it. After all, this person’s got a point, some fans think: “I couldn’t imagine what could be worse than Angela? Found out, Angela on her period!” Quite a few amusing comments came out about what fans learn on TV that they really don’t need to know. But more picked up that it could be a worrying symptom.

#90DayFianceHappilyEverAfter #90DayFiance @TLC this could be bad news for Angela at her age. Could be symptoms of female cancer 🙄.

HealthLine points out that postmenopausal bleeding “can have a variety of causes.” One of those could indicate signs of “cervical cancer.” Other less worrying issues could relate to urinary infections. But, fans know that Angela’s mom passed away from cancer.  Some of her 90 Day Fiance fans seem genuinely worried and hope she consults a doctor soon.