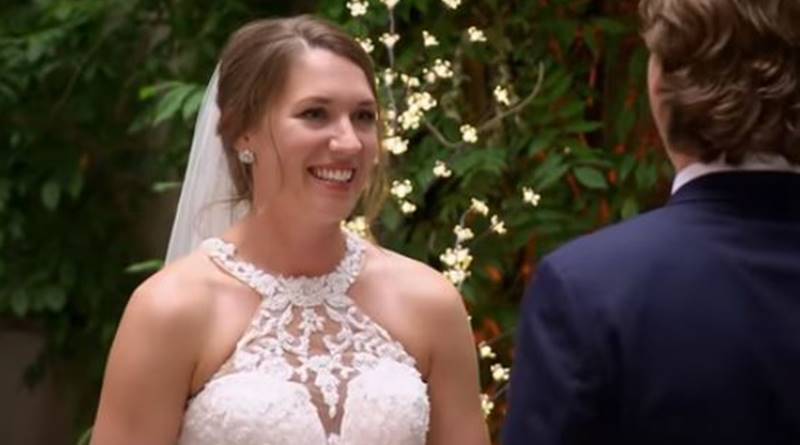 MAFS New Orleans 2020 already got a few spoilers ahead of the season. Now, news emerges from a Married at First Sight spoiler page that the premiere date and cast announcement comes along soon. On the same Instagram post, fans also gave their feedback on how the Couples Cam quarantine show works for them.

Early spoilers from @Mafsfan on Instagram revealed in April that the “production crew” stopped filming because of the coronavirus. But, their admin assured fans that show continued filming. For season 11 of Married at First Sight, New Orleans, they “installed cameras” in the cast’s homes. So, that meant that filming for season 11 still continued. Fans seemed very happy as they feared cancellation of the show.

Well, fans are now quite familiar with the idea of remote filming for the Lifetime franchise. They currently see MAFS Couples Cam play out. And, that came because of the coronavirus and quarantine. @masfan asked their followers how they enjoy the show. Plenty of followers responded. One said, “I love following the successful couples! They should get their own show. Very entertaining! And way less drama filled than the regular seasons. Couples cam is great.” Many others also like it as it seems filled with less scripting and editing than the regular shows.

The original leak abut the New Orleans show filming people in their homes also dropped a few other minor spoilers. News emerged that weddings were “held around Valentine’s Day” and honeymoons happened in “Riviera Maya in Mexico.” With the news now coming from @mafsfan that the premiere date and cast get announced soon, some fans reacted very positively to the news. Some of them sound excited that details come soon.

But, plenty of them hope for the self-filmed quarantine scenes as well. One follower wrote, “Couples cam is great. hopefully, the Orleans season has a large part of it filmed in their homes.” Another fan noted that they wouldn’t usually watch MAFS New Orleans, but they enjoyed Couples Cam so much, they probably will tune in when it comes along.  However, not everyone feels the show’s a big hit with self-filming. One critic noted, “I watched part of one and stopped recording it. I think it was hard watching people in quarantine while I was in quarantine.”

Happy Friday all! Have you been watching Couples Cam?? What are your thoughts? Do you enjoy watching the successful couples navigate life in quarantine, or are you missing the drama of the regular season? Let us know in the comments below! 👇⠀ ⠀ I’m hearing rumors that we should have a New Orleans premiere date and cast announcement soon!! 🙌⠀ ⠀ Sorry I’ve been mostly absent from this account the past few weeks. While I usually try not to share personal stuff here, that first date I had a few weeks ago turned into a second and a third and a forth and well..you know the rest! I’ve been on cloud 9 and then some! 🙃🥰🙃🥰 ⠀ ⠀ All that said, I have missed posting here and can’t wait for the next season to start! ❤️

Mix of production filming and self-filming on MAFS New Orleans

Actually, the many shows that now feature self-filmed episodes seem well received. Many people comment about the TLC episodes filmed remotely for 90 Day Fiance. They feel that for the first time, people actually see real reality TV. With a mix of both production filming and self-filmed episodes of MAFS New Orleans, maybe everyone will enjoy the mix.

What do you think? Are you excited that the official cast and premiere date for the show’s due soon? Sound off in the comments below.