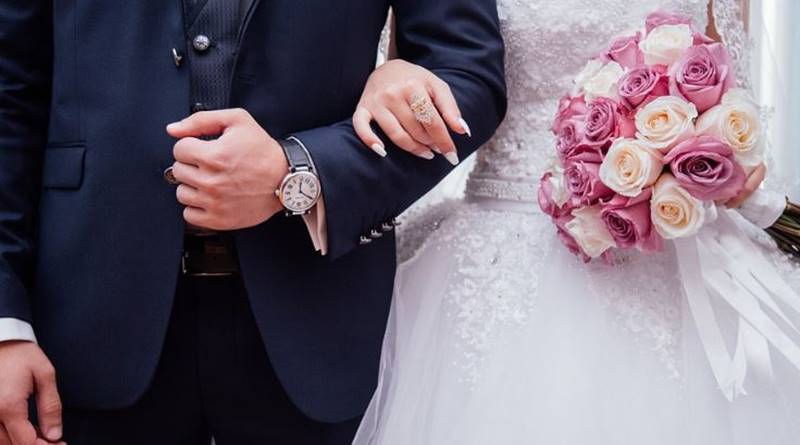 MAFS New Orleans Season 11 was revealed as coming to Lifetime last year. The news came when they announced Season 10 in Washington DC. So, fans know they can expect to see it in 2020. Well, fans also know that they could probably expect the new season of Married at First Sight in about June. But, with various shows suspended for filming during COVID-19, does it continue on schedule? A fansite on Instagram cleared that up and spilled some tea about it.

TV Shows Ace often reports on various spoilers. Thankfully, the @mafsfans page on Instagram delivers plenty of great tea. This time, they spilled the tea about Married at First Sight, New Orleans, Season 11. Naturally, with COVID-19 fans expect some delays in filming. After all, plenty of shows went into hiatus until the pandemic wanes and production resume work. While nobody knows for certain if the show airs on time in 2020, at least they now know production made some sort of plan.

On their page, @mafsfans shared that they put up some spoilers about New Orleans Season 11. Actually they really seem good about passing on info via their page. But they direct followers to their Instagram Stories, so people seldom inadvertently read them if they don’t like spoilers. In their post about the spoilers, the admin wrote, “Several people [asked me] if I know anything about the next season of Married At First Sight in New Orleans.” Then, they noted that “weddings were held around Valentine’s Day which means they would still be filming now. I finally got a little information.”

Over on their Instagram Stories, the tea looks good and positive for the show continuing production, albeit from the cast members’ homes. The story read, “An inside source told me the production crew left a week ago.” The next point they made about MAFS‘ Season 11 said that each couple got “cameras” installed in their homes. That way, the filming continues. The great news is that it looks like the new season “goes forward.” Finally, the admin noted that this should probably be a very “interesting” one. One more spoiler came out. 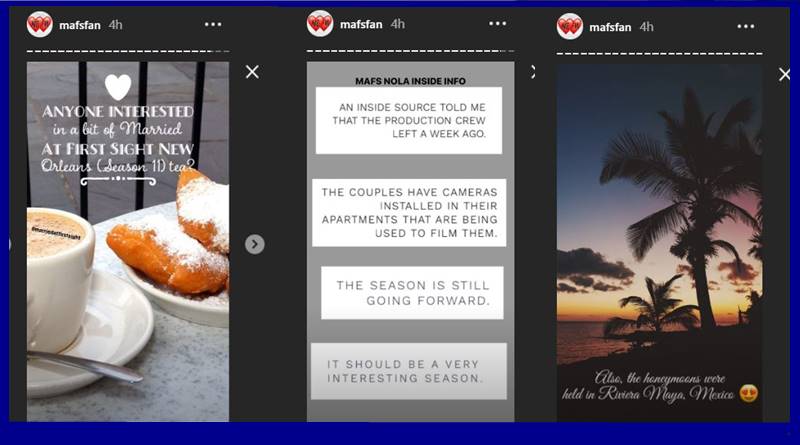 A final spoiler for the show revealed that the honeymoons got filmed in Riviera Maya in Mexico. Back on @Mafsfans Instagram post, fans talked about Season 11. One said, “So this is Married at First Site in quarantine with a stranger. Probably going to be another $h!t show season.” Then, another MAFS follower noted, “If the couples…truly isolating themselves, which they should, that will be [the] real test.”

Several people have been asking me if I know anything about the next season of Married At First Sight in New Orleans. Weddings were held around Valentine’s Day which means they would still be filming now. I finally got a little information – see my Insta stories for the inside scoop!

What do think about the tea spilled that indicates the show continues filming, but a sort of quarantine version? Do you think the season looks interesting? Sound off your thoughts in the comments below.