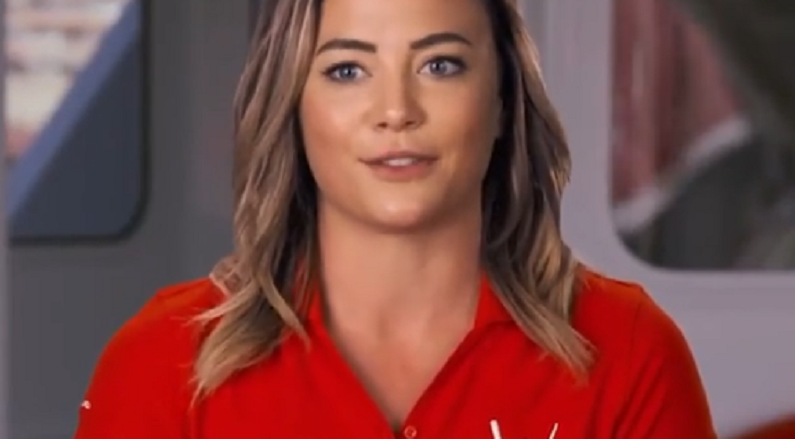 Below Deck Med bosun Malia White addressed Chef Adam Glick’s relationship with chief stew Jenna MacGillivray. The couple was the center of attention in Season 1 of Below Deck Sailing Yacht. Fans were not a fan of the couple. They thought they displayed too much PDA.

Now, the Below Deck Mediterranean bosun is sharing her thoughts. She joked that she “dodged a bullet.” Malia White addressed Glick’s behavior on the show. The chef and the chief stew’s relationship was as rocky as the sailboat itself. Read on to learn what White has to say.

The Below Deck Med alum made her big return to Season 5. On the show, Malia White says she refuses to get involved in another “boatmance.” She also revealed how she felt about Adam Glick’s relationship with Jenna MacGillivray. In case you forgot, White and Glick dated during Season 1 of Below Deck Mediterranean. You may also notice that Glick keeps repeating his mistakes.

White addressed Glick’s relationship on a Saturday, June 13 episode of The Daily Dish podcast. However, she didn’t watch the entire season of Below Deck Sailing Yacht. She only “caught bits” and “heard a lot” about the new Bravo series. When asked for her opinion, White laughed and said, “I dodged a bullet maybe? Or I tried to do so.”

“No, I don’t know,” Malia added per BravoTV.com. “I got so much flak for kissing a guy on, you know, and now people are like hooking up all over the boats and stuff. And it’s like, come on.”

Yes, I’m back as Bosun! My life changed after my first season on Below Deck – I left my office job & pursued a career in yachting. I’ve grown up, learned & accomplished a lot these past few years and I’m excited to share my journey from deckhand to Bosun. Hopefully inspiring anyone else who wants to make a change in their life! People will always come up with reasons why you don’t deserve it or why you’ll fail- prove them wrong! Your past doesn’t have to write your future 🙌⚓️@bravotv @captainsandrayawn #belowdeckmed #belowdeck #girlsondeck #yachting #spain

In a previous interview with The Daily Dish, White further commented on Glick’s relationship with MacGillivray. She feels that Glick has a “good side” despite his behavior.

“There’s a couple sides to Adam I guess,” White said. “And I think we’re seeing them now. I think the master cabin rendezvous are pretty funny. But other than that, I think there’s a good side on him somewhere.”

White revealed that she doesn’t stay in touch with him. But she doesn’t harbor any ill will towards him. The Below Deck Med star truly emphasized that “there’s definitely a good guy in there somewhere.” They just didn’t keep in touch since their Below Deck fling.

Where do Adam Glick and Jenna MacGillivray stand today?

Malia White isn’t the only one who has thoughts. Below Deck Sailing Yacht star Jenna MacGillivray shared where she stands with Adam Glick following the virtual reunion. The chief stew defended her actions with Glick in and out of the galley during the charter season, per BravoTV.com.

“There’s definitely a misconception about how often we were engaged in PDA when other people were around that just people weren’t around for it, and it wasn’t excessive by any means,” MacGillivray said in an interview with Bravo’s new video series, The Final Word. “I would go in in the morning and give him a kiss, and no one was there.”

One of our fabulous guests took this pic, because they said it was so nice to see us smile and be happy together. I won’t say anything else because I’ll just be throwing myself into the lion’s den. Catch an all new episode tonight at 9 on @bravotv #belowdecksailing

MacGillivray wanted to experience the happiness she felt on the boat. She was so “excited” to “find somebody” that she built a connection with. But she felt that their crew members were trying to break them up. There were other moments between the couple that they shared off-camera during the season. MacGillivray says she cherishes those moments.

But the Below Deck star admits that their relationship was hot and cold. During the Below Deck Sailing Yacht virtual reunion, Glick said that his relationship status with MacGillivray is “difficult” for them both. When host Andy Cohen asked if the couple would get back together, Glick said it wasn’t “any of you guys’ business.”

MacGillivray is also more private about their relationship status these days. But she admits that she would love to go on a “road trip” with him again. However, she wants to remain focus on herself and her happiness.

Below Deck Med airs on Mondays at 9 p.m. ET on Bravo. You can also catch up with the series through the Bravo app.

Savannah Chrisley Under Fire For Catching A Shark: Did She Release It?
Rachael Kirkconnell, Matt James Spend Cute Weekend Together
Jinger & Jeremy Vuolo Net Worth 2021: How Do They Afford Living In LA?
Wait, Are Amelia And Delilah Hamlin Extreme Sisters?!
2 Other ‘RHOBH’ Stars Are Dealing With Their Own Legal Drama