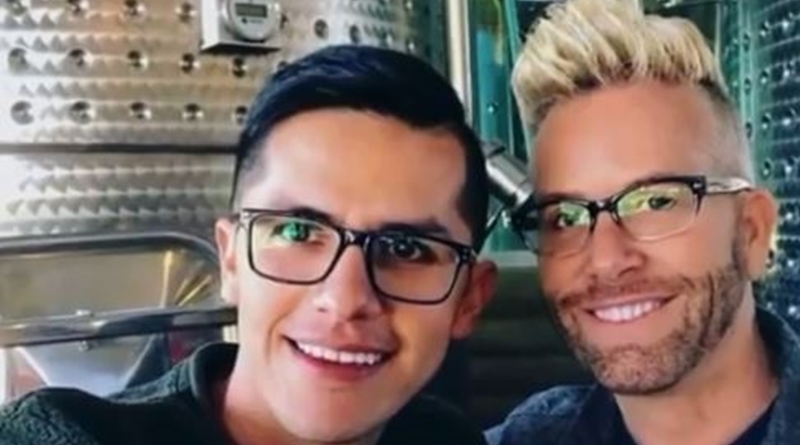 90 Day Fiance: The Other Way premiered on June 8 and already, fan favorites emerged. Kenneth and Armando seem hugely popular as the first male same-gender relationship. Judging by his daughter Cassidy’s posts, it seems they work out and that’s a relief for fans. After all, most fans felt disappointed with Stephanie and Erika on Before The 90 Days, Season 4. (Spoiler Alert!)

The backstory to the two men reveals that Kenneth comes from St. Petersburg, Florida. Armando and Kenneth met via a support group for gay dads. But, Armando lives in Mexico, which means moving countries. Kenneth’s got three girls, (triplets), and a grandchild. So, it’s a hard call for him to leave the family. One of the main points to the TLC storyline is that Armando never yet came out to his family. But For Kenneth, it seems his daughters are excited by the relationship. And, it goes back a long while.

According to ET, the two men seem totally excited about sharing their journey with viewers of 90 Day Fiance. Kenneth told them, “It’s amazing to show people that two men can love each other and have a great life together.” The couple is separated by more than distance on the show. Their age differences certainly seem rather notable as well. Kenneth looks way younger than his age. But, 26 years separate their birthdays.  However, it seems that it doesn’t matter to Kenneth’s daughter Cassidy who visited them in Mexico, and also sounds excited about the show.

Cassidy’s very positive about her dad and Armando

Cassidy took to her own Instagram on June 8 and told Armando in the comments, “love love love you! So excited.” Well, in her main caption, it sounds like no clouds came on their horizon as Cassidy wrote, “Get to know my family and hear my dad’s story airing TONIGHT. ” Bear in mind that the couples on TLC film months before fans see them on their screens. Going back on the posts that Cassidy shared over time, it looks like she spent time with them in the past.

Clearly, Armando loves Kenneth’s daughter, and the sentiment’s returned. In July 2018, Cassidy shared a photo and captioned it with, “Heading home now and I’m really missing you @armantect and my sister Hannah. I love you both so much!” But it was Armando who replied, writing, “We both are missing you guys so so much ☹️ Love you all 😘 Come back soon!”

Clearly, if she and Armando loved each other so much two years ago, it explains her excitement now that her dad’s story gets told on 90 Day Fiance. It seems unlikely she’d be so excited if it never worked out.

The time is now!! 🙌🏻Get to know my family and hear my dads story airing TONIGHT at 9/8c on @tlc for the official premier of @90dayfiance:the other way💍 @kenneth_90day @armando_90day .

Other hints that Kenneth and Armando live happily ever after

Cheatsheet reported that they found a post where Cassidy spoke about Kenneth and Armando. It might be deleted now, but they cited Cassidy as saying in April, “Seriously missin my daddy….😢 can’t believe you moved to Mexico almost 5 months ago.” She also gushed about how life’s just not “the same” without her dad. And if you wonder how the relationship on 90 Day Fiance turned out, it seems that all is well. In another comment, the outlet noted she wrote, “I am so happy he’s livin’ his best life in Mexico with the love of his life.”

What do you think about Cassidy’s reaction to Armando and her dad Kenneth? Judging by her comments, do you agree that it looks like the 90 Day Fiance: The Other Way couple works out? Sound off in the comments below.