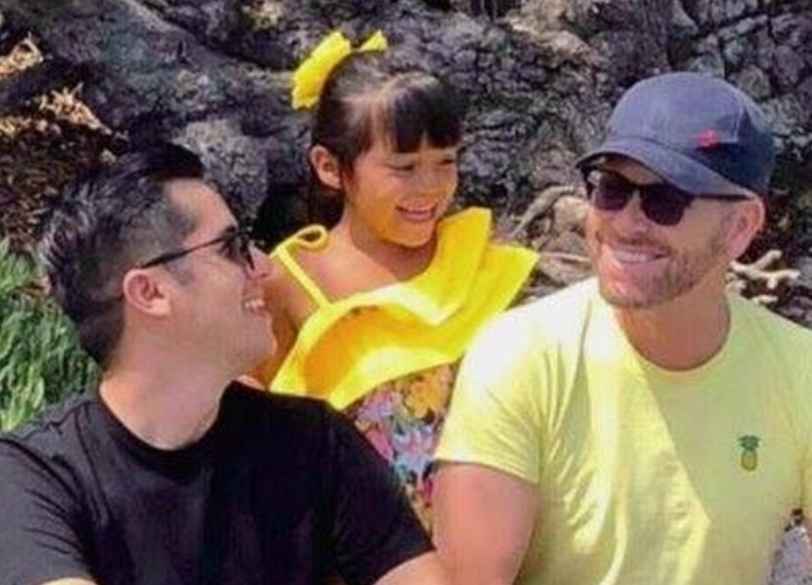 The first episode of Season 2 of 90 Day Fiancé: The Other Way aired on Monday, June 8 on TLC. Kenneth and Armando are starring in this season and are already making history as being the first male gay couple on the TLC reality romance show. Kenneth, 57, is American, while Armando, 31, is from Mexico. They recently opened up about their roles on the popular show.

90 Day Fiancé: The Other Way stars Kenneth and Armando

Kenneth of St. Petersburg, Florida, and his partner Armando were interviewed by ET prior to the season premiere of the show. They met through a gay father support group and Kenneth fell in love with Armando. He makes up his mind to move to Mexico to be with his love, but they have both faced many issues. One problem is that Armando has not yet come out to his family.

Kenneth is “excited” to be part of the first male couple on 90 Day Fiancé. However, Armando is a little nervous. He has only recently come out and his parents don’t know he is gay.

When Armando first started filming for the 90 Day Fiancé show, he says he told his parents he was appearing in a documentary. This is so they would participate in the filming of the show. Armando believes if he told them the truth, they would probably have refused to be part of it. The TLC reality star says putting the fact out to the world is a “big step” for him and he doesn’t know what to expect.

Stephanie and Erika were the first lesbian couple to appear on 90 Day Fiancé: Beyond the 90 Days. It turns out Kenneth and Armando watched their story as it progressed. Regrettably, the two women broke up, mainly because Stephanie was hesitant to come out to her mother as bisexual.

When asked what they thought of Stephanie and Erika’s storyline, Kenneth says he believes this was “portrayed accurately.” He goes on to explain that most of the time, people don’t realize that same-sex couples go through the same problems as anyone else. They also have their “ups and downs,” while some make it and others don’t.

Armando agrees. He says some people look down on them because of what they have been through or how their story turns out. However, this is something that happens to anyone in any relationship, whether heterosexual or homosexual.

90 Day Fiancé stars Kenneth and Armando hope to help others

By participating in the TLC reality show, Kenneth and Armando hope that by telling their story, they can help viewers who might be going through problems.  Kenneth adds how amazing it is to show viewers that two men can love each other and have a great life together.

Talking of their love story, Kenneth and Armando share how they fell for each other, despite their age gap. They mention that when they first started chatting, neither of them was looking for a relationship. This meant they became friends and got to know each other before getting involved romantically.

"This man has got it all." 👨‍❤️‍👨 Don’t miss Kenneth and Armando’s love story TONIGHT at 9/8c on #90DayFiance: The Other Way.

Kenneth jokes about their 26-year age-gap, saying, “Yeah, it’s a whole adult human.” He then reveals that Armando made the first move. He admits he was surprised because of their age difference, but Armando says he didn’t care. As they say, age is just a number. Kenneth says it has been the best relationship ever for him.

As for Armando, he says their transition from friends to lovers was completely natural. He says they had been talking a lot before he even found out Kenneth’s age. He already knew him well as a person and “really liked his personality.”

Armando says their transition from friends to partners was a completely natural one. As he points out, Kenneth looks a lot younger than his age. This meant it wasn’t like being with an old guy. Armando says by the time he knew about it, it didn’t matter as they get along so well together. He did admit that for his age, he is “an old soul,” so they balance each other.

Introducing Kenneth and Armando, two family men that met through a gay fathers support group.👨‍❤️‍👨 Catch them on #90DayFiance: The Other Way premiering Monday at 9/8c.

Kenneth and Armando support each other

As explained by Armando, it hasn’t been an easy road for him and Kenneth. In the interview he can be seen visibly holding back tears, saying despite people’s negative opinions, he was going to be with Kenneth. He says Kenneth is the one person who has always supported him. He is Armando’s happiness, despite what others say or think.

Kenneth says viewers can follow their 90 Day Fiancé journey and will find that while they obviously love each other, things don’t always run smoothly. He tells fans they will see some “ups and downs” as well as differences relating to their ages, cultures, and parenting styles. He stresses, “it’s not all roses,” adding they are both emotional people and that does come out on the show.

The new TLC reality star asks viewers to give their story a chance. He addresses those people, particularly, that don’t believe in same-sex relationships. As they watch Kenneth and Armando’s story unfold, they might realize this is a love story. This fact could change their minds and their hearts.

Enjoy watching the full interview with Kenneth and Armando below: