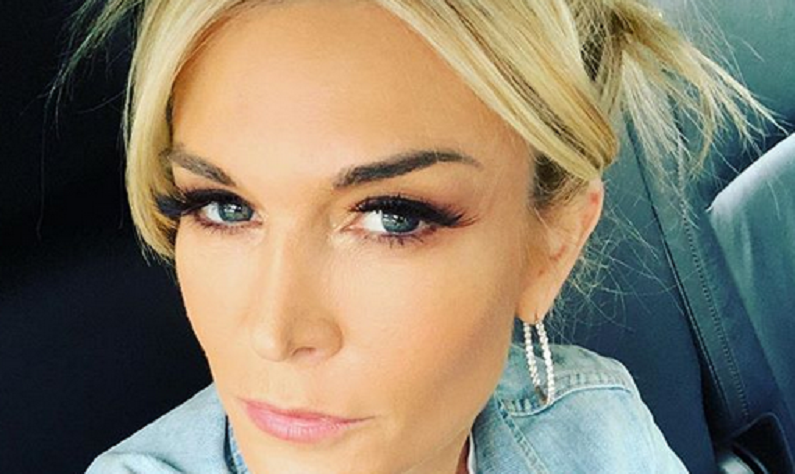 Tinsley Mortimer said goodbye to The Real Housewives of New York. She finally got her happy ending. The list of Housewives is getting smaller. During the Thursday, June 11th episode, Tinsley bid farewell to cast members and viewers.

After the episode aired, it was confirmed that the 44-year-old moved to Chicago to be with her now-fiancé, Scott Kluth. The reality star will not appear on RHONY Season 12 when it returns in July from its midseason hiatus.

The former RHONY fully embraced her new life. She left without looking back. Tinsley was ready for a new life away from New York City. In her confessional, she admitted that she will miss her fellow co-stars. She also revealed that she feels like a new woman.

“I, of course, am going to miss my friendship with Leah and Sonja’s crazy antics with me,” Tinsley said during her confessional, per Us Weekly. “I have changed so much since coming back to New York and moving into Sonja’s townhouse. … It’s taken me a little bit of time, but I finally feel like myself again. I feel confident again.”

Happy Mother’s Day to my BEST friend @daletatummercer 💖 I love you sooooo much Mommy!!! 💖🌷🌸💞

Tinsley joined the cast of RHONY in Season 9, which aired back in 2017. Us Weekly previously reported that Tinsley stopped filming in December 2019 when she was missing from the cast trip to Mexico.

She later confirmed her engagement to Scott, whom she dated on and off for three years. While Tinsley left on good terms with Leah, Sonja, and Ramona, her friendship with Dorinda, remains on thin ice to this day.

Tinsley Mortimer revealed she’s ready for the next step in her life. She wants to focus on her relationship with Scott Kluth. On Thursday night, Tinsley took to Instagram to bid farewell to New York. She also thanked the Bravo series for making her who she is. The socialite posted a series of videos and photos, which she encouraged her followers to swipe through, per People.

“Without #RHONY, I would never have met my prince charming, Scott,” Tinsley wrote in the caption. “Being a Housewife was such a fun experience, and I thank @Bravoandy and all the wonderful people at Shed Media and @bravotv.”

Oh yes we’re wild tonight!😻Catch a new #RHONY at 9! While you wait check out my limited edition Tinsley by RuMe cFold bag that beauty @leahmob is holding. Swipe 👉 to see it opened up! Super convenient to take anywhere! Until May 31st buy any cFold or RuMe All style and @myrume will donate one to a Colorado Healthcare Worker plus you can get the bag @daletatummercer carries ❤️ the Beauty All for an extra $5! #TinsleybyRume #supporthealthcareworkers #linkinbio

But some RHONY fans think Sonja tried to steal the spotlight. Her friend and costar left the following comment, “And without met you wouldn’t have met.” The comment seems to suggest that Tinsley and Scott would have never met without Sonja’s help. However, the couple was introduced by former RHONY co-star Carole Radziwill during Season 9.

Sonja’s comment was not a shock to fans. They thought she tried to steal the spotlight away from Tinsley. Her comment received over 180 responses, per Inquisitr. Many asked the reality star why she was “making it all about her,” while others called the comment “odd.” Leah simply responded with a resounding “wtf.” Sonja hasn’t responded since.

What are your thoughts? Will you miss Tinsley Mortimer on The Real Housewives of New York? Sound off below in the comments section.

Courtney Waldrop Shares Sweet Surprise With Fans
‘Deadliest Catch’ Season 17, Episode 2 Features Boat Wreck [Spoilers]
Are Ethan & Olivia Plath Still Together? She Speaks Out
Lindsay Arnold Dishes On Her Plans To Return To ‘Dancing With The Stars’
Dannielle Merrifield Gets Emotional, Seems To Doubt The Lifestyle