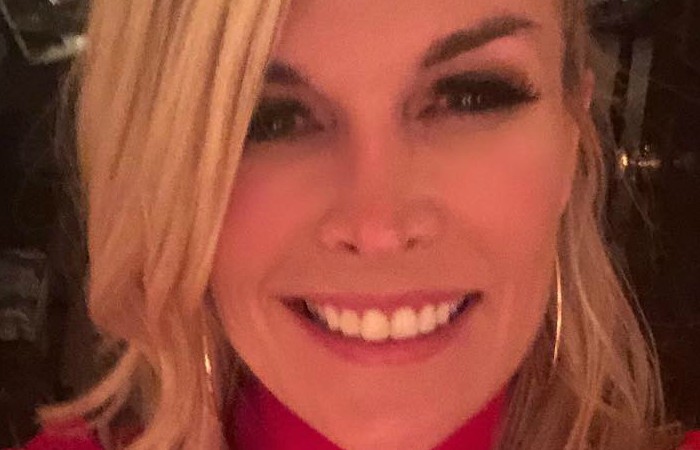 The Real Housewives of New York may have an opening for RHOC star Kelly Dodd after all. People reports that newly-engaged Tinsley Mortimer quit the Bravo show after an ultimatum from her boyfriend Scott Kluth: me or the show.

TV Shows Ace reported back in November that Tinsley was likely leaving the show after Season 12. However, Luanna de Lesseps confirmed over the weekend that Tinsley abandoned ship early.

She seems very happy and I want her to be happy and get married. That’s what she wants to do. She’s very traditional. She wants to have a baby. It’s time.”

Tinsley did attend BravoCon with the Countess and her other RHONY co-stars in early November. Sources reveal that she hasn’t filmed any new scenes since then. She also opted out of the cast trip to Mexico.

Did Tinsley Quit the Show for an Engagement Ring

The timing of Tinsley’s engagement and her exit from the Big Apple has tongues wagging. Viewers were never fond of how Scott treated her on the show. The couple took a break earlier this year. She admitted that it was due to The Real Housewives of New York.

According to sources, Scott gave Tinsley an ultimatum: quit the show or else they were done. Clearly, she chose him over her co-stars.

It was much easier for her to walk away from the friendships she was never going to have to fight for the relationship she always wanted.”

The couple started dating in 2017 after being set up on a blind date by former RHONY co-star Carole Radziwill. Scott is the CEO of the website CouponCabin. He surprised the reality star by proposing in Chicago last month.

There’s no word yet on whether Tinsley will attend the reunion to explain her decision.

When Bethenny Frankel tweeted that she was kicked out of an Uber over the weekend, she probably wasn’t expecting any backlash. According to Reality Blurb, the former RHONY star and her daughter, Bryn, were asked to leave an Uber after being charged $30.

As Bethenny tells it, the Uber driver kicked them out because Bryn was playing a ukulele in the car. The famous chef also says the money was never refunded as the driver claimed. Bethenny tagged Uber’s official Twitter account in hopes of getting her $30 back.

My @Uber driver just charged me 30 dollars, told my daughter she couldn’t play the ukelele in the car, told us to get out & that he refunded us which wasn’t true. This sort of thing could land me in prison.

Fans were not having Bethenny OR Bryn’s behavior. The tweets were decidedly in favor of the Uber driver. One fan pointed out that Bethenny should have been the one to tell her daughter not to play the instrument in the Uber in the first place.

You should have told your daughter first. Ukulele can be very distracting and he's driving

Another commentator suggested that Bethenny stop being so entitled.

A driver has to be able to listen to traffic sounds eg sirens, honking, motorcycles, etc. It is his vehicle, if he asks to you/your kid to stop playing, stop playing or find another car. It’s that simple.

Bethenny later clarified that the incident occurred in LA and not NYC, but fans were still not here for her sense of entitlement.

I like you And all. But that’s counter productive. And a little ego driven.

While Bethenny won’t be appearing on RHONY, she is in the process of developing a reality show with famed producer Mark Burnett.

Tinsley Mortimer may have quit filming The Real Housewives of New York, but her exit will play  heavily during Season 12. Bravo has yet to announce an air date, but it is expected to return in 2020.