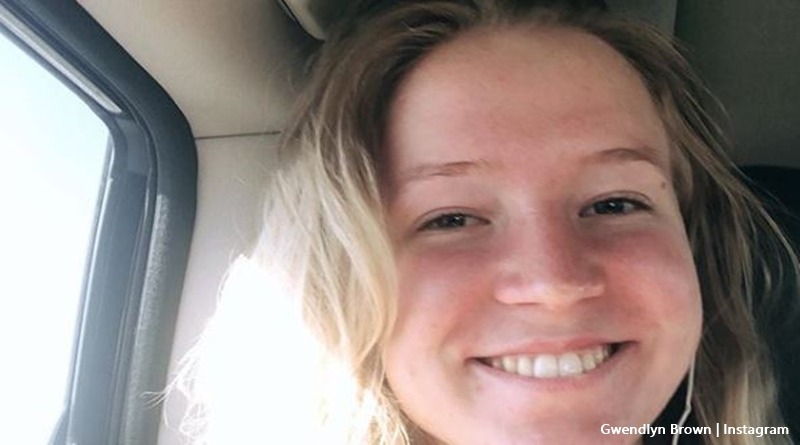 Gwendlyn Brown lives in Flagstaff, Arizona. In fact, Meri Brown recently shared about her graduation day and Flagstaff turned out to support Gwen and her classmates at a graduation parade. So far, it seems the Brown family settled into the town and enjoy it there. But, it seems Gwendlyn’s not afraid to criticize people in Flagstaff when she feels disturbed. The 18-year-old daughter of Christine and Kody Brown took to Instagram Stories to support a call for a boycott against a Flagstaff restaurant.

On Thursday, Gwen Brown shared a screenshot of a conversation. She carefully hid the name of the person who complained of racism. The person wrote that they “went to eat at Olive Garden.” The post described the workers there as “racist.” Allegedly they tried to “kick [them] out for no doing nothing wrong.” The message showed more. They also wrote about how the restaurant sent someone to  watch them eat “in case” they “did something wrong.” Unhappy, they added, “Don’t go to Olive Garden here in Flagstaff.”

The screen showed a reply. It’s not clear that it’s Gwendlyn Brown, but no name shows as scratched out. The reply noted, “What the…? And during the height of the BLM movement? Watch me now as I boycott Olive garden.” Next came, “Can I post this on my Instagram story too? I don’t want other people going their either, [sic].” The person replied, saying of course she could. They didn’t say anything for fear of getting “in trouble the police.” At the end of the slide, a caption noted, “Don’t go to Olive Garden.” The Sister Wives star shared it in her Stories shortly after another screenshot about the silence on LaVena Johnson’s Case. 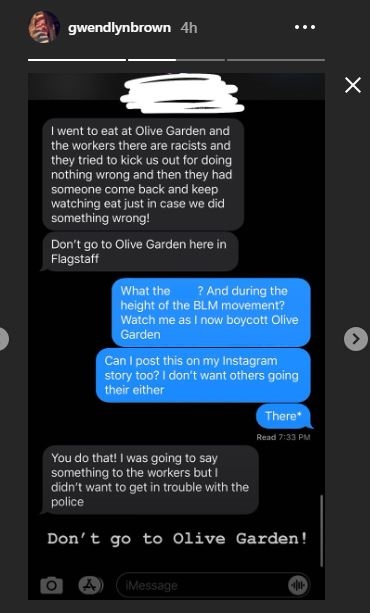 After her stories about BLM and the Flagstaff Olive Garden, the TLC teen shared how she loves that her fans support her during the BLM protests. She shared a slide that read: “Dear followers. You Are all so cute. Thank you for staying and allowing yourselves to be uncomfortable in an effort to learn.” She also noted, “I love you guys. My DMs are always open if you need to talk or express frustration. 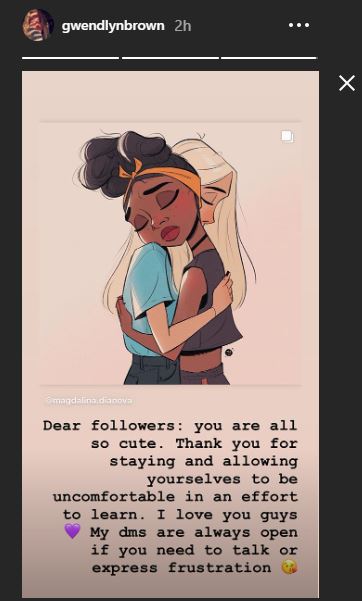 That could account for why she also shared a conversation about LaVena Johnson. Someone mentioned they didn’t hear her case raised during the BLM protests. So, Gwendlyn said she’ll share a link to a petition about it. She did, and it sits at the top of her Instagram profile. The petition explains in detail about the death of Army Private LaVena Johnson. The army found her death a suicide. The petition hopes to raise more awareness for the reopening of the case. 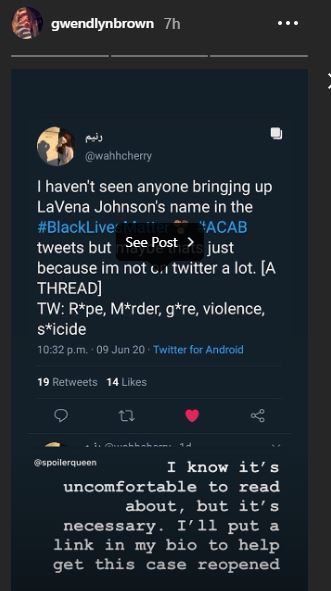 What do you think about Gwendlyn Brown interacting with her followers and promoting their BLM concerns? What about her supporting a boycott against Olive Garden in Flagstaff? It’s not clear if the allegation of racism got supported by any evidence in a private DM to Gwendlyn but she certainly takes action when her followers tell her their grievances.

The Sister Wives family’s fairly new in Flagstaff. It’s not a huge city but Gwen seems unafraid of speaking out. Sound off your thoughts in the comments below.