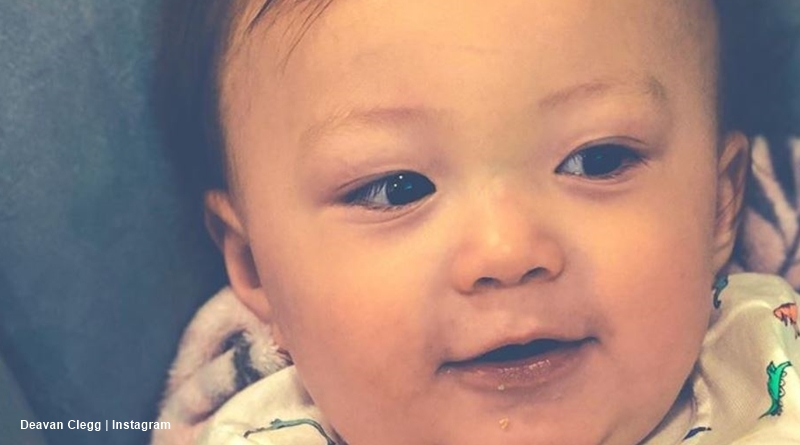 90 Day Fiance introduced Deavan Clegg and Jihoon in Season 1 of The Other Way. Now, she returns for the second season of the show on TLC. However, ahead of the new season, Deavan threatened no more pics of her kids, Drascilla and Taeyang,if the hate on her kids continues. She shared a photo of Taeyang on Thursday, and trolls gave her a hard time because she gave her son a cupcake.

Deavan and Jihoon were popular on The Other Way Season 1. But for some reason, she gets quite a lot of trolls on her Instagram. It got so bad, that we noted she threatened to take all pics of her kids off social media. It came after Jihoon shared a picture of himself with her daughter Drascilla. Critics suggested that Drascilla looked unwell and unnaturally pale. In her response to critics, Deavan said, “my child is healthy and happy. Has everything she could wish for. She does amazing at school, helps with her brother, stays active and healthy.”

The 90 Day Fiance star also warned trolls, “that if they continue with the TLC show, that’s it. No more videos or photos of the kids on “social media platforms.'” Well, she posted up a picture of Taeyang and got trolled again. Hopefully, for her fans, she doesn’t revert and simply stops sharing at all. After all, most of her fans adore little  Taeyang. She captioned her post with, “Mornings with Taeyang means cupcakes and bubble guppies 💕🌸.”

Trolls and cupcakes for Taeyang

Keyboard warriors pounced on the opportunity to criticize Deavan about baby Taeyang. One said, “Cupcakes for breakfast?????” Another one complained, about the profits his “dentist” will make. They noted, “dentist going to love him all the sugar in the cupcakes.” Another one got judgmental, saying, “All that sugar WOW.” Plenty of similar comments rolled in on Deavan’s post. But other fans just won’t have it anymore.

Increasingly, fans of 90 Day Fiance fans get fed up with trolls trying to dominate the conversations with negativity. One loyal fan who stuck up for Deavan wrote, “All the d*mn cupcake comments…. please check out the sugar content on the cereal and milk you probably give your kids. A cupcake isn’t going to kill the child and the diet in Asian countries is better than we eat”

Another supporter noted, “With all that’s going on in the world maybe we should all have a cupcake 🧁 for breakfast and smile & be happy 😊 He’s adorable 💙.” Other moms commented that they often give their kids cupcakes. Someone noted that Taeyang’s so young, he probably doesn’t even have any teeth yet.

Interestingly, Feeding Little Ones, noted, “A little sugar will not hurt your baby or cause her to become a sugar fiend.”

What do you think about 90 Day Fiance star Deavan giving Taeyang a cupcake? Do you think it’s no worse than a plate of milk and cereal with sugar? Sound off in the comments below.