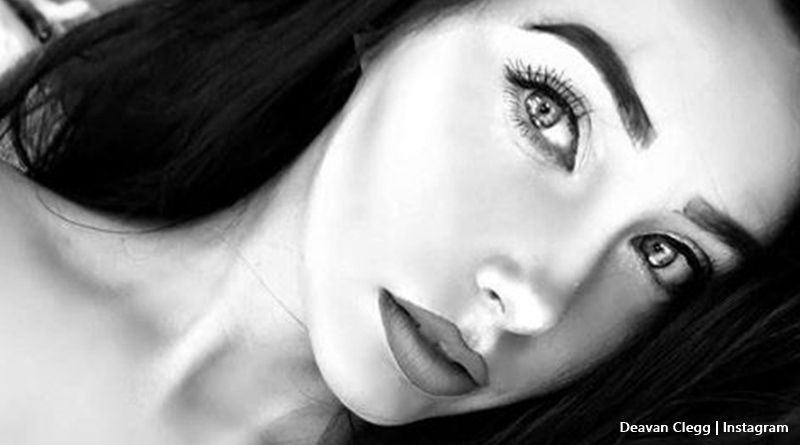 90 Day Fiance fans who love Deavan Clegg could soon be very disappointed. She and Jihoon often post about their kids on social media, including YouTube. But now she’s so angry at trolls who dissed on them and parent-shame, she threatened no more. It seems that some trolls examine each photo of the kids for signs of abuse or illness. And, Deavan also gets trolled on for the strangest things sometimes.

Deavan Clegg and Jihoon got a lot of loyal fans during their first appearance on The Other Way. The news that they return for Season 2 earned a great reception from their fans. But for some reason, Deavan gets a lot of hate and trolls as well. Loyal fans love it when she shares about their life in Korea. And, on YouTube, she regularly posts up quite good quality videos of life over there. Often, her kids, Drascilla and Taeyang, feature in them.

But Deavan and her children get trolled on, and sometimes, it’s for the oddest things. TV Shows Ace reported that Deavan even got trolled on for drinking a smoothie. And, her mom ended up with hate messages after Deavan shared about an abusive relationship before she met Jihoon. But when it comes to her kids, it looks like she’s fed up to the hilt. The 90 Day Fiance star now says that fans see the last of them on social media.

Deavan posts about trolls and the kids

Taking to her Instagram on Tuesday night, Deavan talked about a photo that Jihoon shared of himself with Drascilla. Furious at the hate and parent-shaming, she slapped back hard. She said in a long rant, “I’m not going to let it get to me anymore.” Then she said that those very “rude people” should “work on themselves.” She noted that for now, she shares photos of her kids as she loves them. But now, she’s totally furious about the reaction to a photo that Jihoon shared.

The photo, one presumably showing him holding Drascilla, started it all. In back and white, the shadows bring a nice contrast. But it seems some fans took it as a sign that the little girl’s pale and not well. But the 90 Day Fiance star can’t get over the threatening emails. Deavan said that “lighting” made her look a bit “tired” and like her mom, shes naturally pale-skinned. Deavan wrote, “Now my child is healthy and happy. Has everything she could wish for. She does amazing at school, helps with her brother, stays active and healthy.”

Deavan can’t cope with people who have a problem with Drascilla’s “fair complexion.” And, she noted that both she and her daughter seem very fair, which fans know is true. Plus, she noted that Jihoon’s skin is somewhat darker, so the contrast’s obviously more noticeable. Talking about the photo on her post, she added, “This will be the final and last picture I will post of my daughter and son.”

Even more worrying for those 90 Day Fiance fans who love the couple, she also said that if they continue with the TLC show, that’s it. No more videos or photos of the kids on “social media platforms.” Finally, she gave trollers and haters a blast. Deavan wrote, “adults who harass children are disgusting and adults who [harass] me for fun…are the lowest of the lows.” Incredibly, she told fans that sometimes they even make “fake phone calls to places to harm [her] and [her] family.”

Deavan’s got a good question for that behavior. She noted, “For those doing that I don’t know what happened in your childhood to make you so self hating and disgusting.” It’s amazing that these trolls actually try and “break up a family.”

What do you think about the 90 Day Fiance couple getting so much hate? Do you think that sort of harassment is shameful and “disgusting?” Sound off in the comments below.