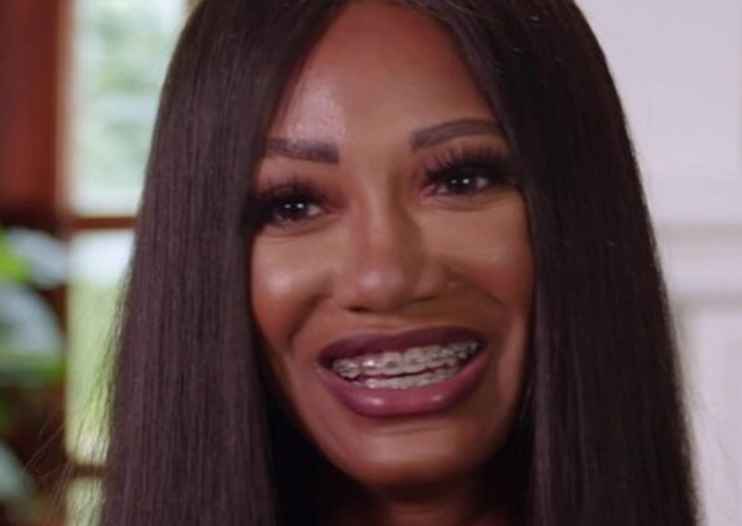 There’s nothing like a good 90 Day Fiancé mystery. In this case, the mystery is why Brittany Banks’ Instagram account has disappeared. Now, fans want to know why, especially as the account was deleted shortly after her OnlyFans account was discovered. It’s her first week of 90 Day Fiancé: The Other Way and fans are already talking about Brittany and her beau, Yazan Abo Horira.

This week, Brittany Banks made her first appearance on Season 2 of 90 Day Fiancé: The Other Way. She is starring with her beau, Yazan Abo Horira of Jordan. The pair is already grabbing fans’ attention. They are becoming one of the most talked-about couples on the TLC reality show.

Before Season 2 of 90 Day Fiancé premiered, Brittany was busy promoting the show on her Instagram account. According to her bio, she is a television personality and social media influencer. She was already popular and her account had almost 375,000 followers. Meanwhile, Brittany also considers herself a model. In her Instagram feed, it seemed clear she was trying to gain attention in that profession. In fact, many of the TLC reality star’s sensual videos attracted a lot of attention.

Now, this has all gone, however, as all Brittany’s photos and videos have been deleted. Not only that, but the account is also no longer active. When performing a search on the hashtag #itsbrittanybanks on Instagram, some images and videos can still be seen. They are just not on her own account anymore.

Actress / Artist from Chicago @itsbrittanybanks is as sexy and talented as they come and I love how she includes her boyfriend in on her spotlight.. you can see the happiness in her face #itsbrittanybanks . . . #leggings #yogapants #her #thefutureisfemale #heathergrayleggings #womanworship #loveher #cherishher #fitnessmotivation #beauty #yoga#chicago#miami#brittanybanks#youtube#westpalmbeach#blackexcellence#onlyfans#rapper

As noted by Monsters and Critics, wily sleuths at Starcasm uncovered two different OnlyFans accounts for Brittany. As soon as these accounts were discovered, they disappeared again. Of course, so did her Instagram account.

For those not in the know, OnlyFans is a paid subscription website. Here celebrities and others can post nude images. Several of the 90 Day Fiancé stars have recently signed up for the site. In the meantime, both accounts have been deleted. Now fans are clamoring to know what content Brittany had posted there.

Why did the 90 Day Fiancé star delete her social media?

Fans want to know exactly why Brittany has suddenly deleted her social media accounts. There has been no statement issued by the TLC reality star. As Season 2 of 90 Day Fiancé: The Other Way has already been filmed, there is no chance fans will find out on the show itself.

There are a number of possible reasons why Brittany deleted her social media content. Now she has appeared on the show, maybe she is trying to rebrand herself. It is possible she is embarrassed by the content she had on her accounts. This doesn’t seem that likely, as she has come across as pretty confident so far, right at the start of the season.

There is one likely reason for the move. Brittany deleting sensual content could be due to her relationship with Yazan. Jordan’s Muslim culture is very conservative. Should she move to Jordan to be with Yazan, he might have recommended she take a break from posting on social media. Bikini images and sensual videos don’t really sit well with her beau’s culture.

Keep up with Brittany and Yazan’s story on 90 Day Fiance: The Other Way on TLC, Mondays at 9/8c.