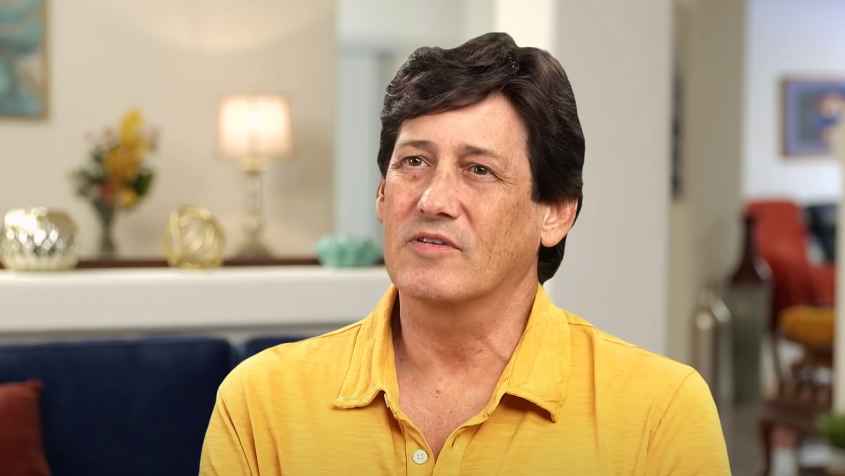 Many 90 Day Fiancé fans have wondered what David Murphey does for a living. Bear in mind he has spent around $300,000 on visiting Ukraine and talking to Ukrainian women on a dating website. That’s a lot of money, even if it was spread out over around seven years. While his net worth is unknown, his job and his social media profiles do give a clue.

As noted by In Touch, visiting David Murphey’s LinkedIn page gives quite a bit of information about his employment. According to his profile, he works for Clark County in Nevada as an “SR Systems Programmer.” According to Glassdoor, someone in that kind of position has an average salary of $98,784.

David is currently 60, so he is heading towards retirement. This means he is likely making six figures. For his kind of job, the high end is normally around $130,000. Reportedly city employees get a pretty nice retirement package, which points to the fact he doesn’t have to worry about saving money for later.

If David is earning that kind of cash, this could explain how he has so much money to spend on looking for love. On top of this, David refers to himself a “future full-time traveler.” During his time on 90 Day Fiancé Murphey revealed his plans to sell his home and everything he owns. He plans on using that money to buy a decent RV, with which he could certainly fulfill his dream.

In the first episode of the TLC reality show, he was looking at a model that costs around $400,000. This tends to suggest his house is worth this much, or maybe more. Zillow places the median home value in his area of Las Vegas at around $300,000. While David doesn’t exactly own a mansion, his house is pretty nice.

During the recent 90 Day Fiancé: Before the 90 Days Tell-All, David reveals he had no problem paying the dating website. He went on to pay around $300,000 over a period of seven years to talk to Lana on the dating site where they met. Murphey admits he pays to be on dating websites so as to avoid being scammed. He admits he can easily afford to. On top of this, David does say, “It’s not a poor man’s game.”

The problem is, he has spent all that money on his relationship with Lana. But it looks like things might not work out for David. After several attempts at meeting the Ukrainian beauty, he finally did meet Lana in Ukraine. Eventually, during his stay, David and Lana did get engaged.

Are the 90 Day Fiancé stars still together?

On the recent 90 Day Fiancé: Before the 90 Days Tell-All, David hinted he and Lana are taking a break right now. This was after she had told him some weeks ago that she wanted the whole white picket fence experience. Lana loved the idea of having a simple life with him, traveling around in the RV. Despite this, he says he thinks they are no longer together, as she doesn’t answer his messages.

David goes on to say this doesn’t mean they won’t be together in the future, but for now, they are not together. That’s a lot of money to spend to lose out on love.