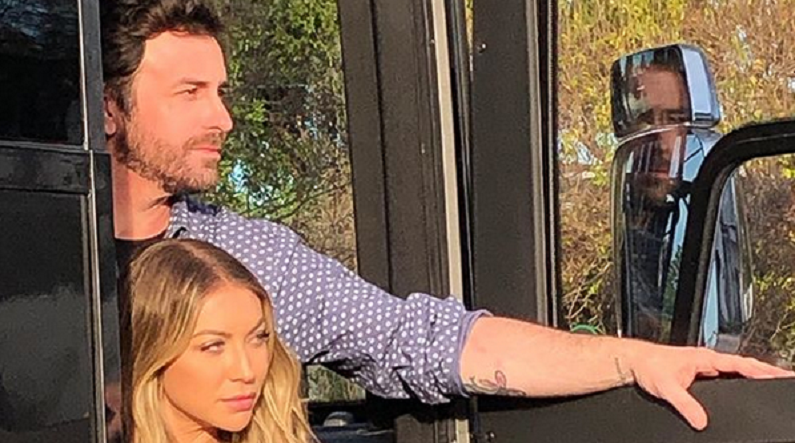 Vanderpump Rules fans wonder how Stassi Schroeder and Beau Clark will be able to afford their destination wedding. The longtime cast member was unexpectedly fired yesterday. This came as a shock to everyone, including the viewers. Now, they’re reacting to the surprising firing of four cast members due to their racially insensitive actions.

Fans would like to know how Stassi will continue to afford her lavish lifestyle. On Tuesday, June 9, Bravo and Evolution Media confirmed that Stassi Schroeder, Kristen Doute, Max Boyens, and Brett Caprioni will not return to Vanderpump Rules. This comes after their racially insensitive comments and actions from their past came back to haunt them. Fans are especially concerned for Stassi and Beau’s future.

Stassi Schroeder is one of the many original cast members on the Bravo series. She’s been there since the beginning. Many Vanderpump Rules fans wonder how she will plan her upcoming wedding to Beau Clark, per Inquisitr. Earlier this year, she purchased a Hollywood Hills home that cost $1.7 million. Stassi revealed she was the one who made the down payment because Beau couldn’t afford it.

On Tuesday, many Vanderpump Rules fans took to Twitter to share their reactions over the firings. Many of them were glad to see Stassi gone. They feel that her firing is “karma.” But others are concerned about Stassi’s future with Beau.

“I’m wondering how Stassi’s going to pay for her new house and wedding now,” one VPR fan asked. “You know she wasn’t expecting this.”

“They’ve all bought houses in the 1.2 to 2 million range,” another fan wrote. “Beau quit his full-time job to be Stassi’s assistant. These guys don’t realize the easy money is gone. This is way more interesting versus the content on the show.”

While most fans were happy to see Stassi held accountable for her actions, others were upset that they won’t get to see their wedding play out on Bravo’s cameras.

Stassi and Beau’s destination wedding in Italy was originally scheduled for October. But their plans were on hold due to the coronavirus pandemic. On the latest episode of her “Straight Up With Stassi” podcast, the reality star revealed that they will get married in October 2021.

Beau explains why Stassi covered the down payment on their $1.7 million home

On a previous episode of Vanderpump Rules, Beau Clark explained why Stassi Schroeder put the down payment on their new home. He explained that he lived in the same apartment for 15 years with rent control and a steady job. On the other hand, Stassi became a No. 1 bestselling author, thanks to her 2019 book, Next Level Basic.

“I have a great job, but I can definitely not put 25 percent down on a house right now,” Beau said during his confessional on VPR, per BravoTV.com. “I have savings, just not that much yet.”

Bravo fired Stassi and three other co-stars following Faith Stowers’ interview about her experience as the only black cast member on Vanderpump Rules. Faith recalled the time when Kristen and Stassi called the cops on her for a crime she didn’t even commit. She also revealed that Brittany Cartwright called her hair “nappy.”

Meanwhile, Max and Brett were the newcomers on Season 8 of Vanderpump Rules. But their racist tweets didn’t sit well with fans after they started filming the reality show.

What are your thoughts on Stassi Schroeder and Beau Clark? How do you think they’ll be able to afford their new life together? Sound off below in the comments section.