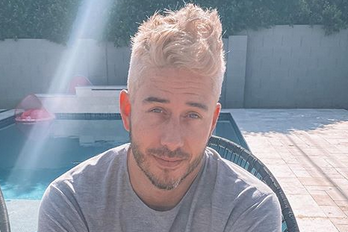 In an exclusive interview with Us Weekly, Arie Luyendyk Jr. claims that The Bachelor almost guarantees relationship failures. His wife, Lauren Luyendyk, agrees that the producers tend to prioritize making an interesting storyline. This makes it difficult to create genuine relationships on the show. Despite the difficulties that The Bachelor creates for its contestants, Arie is grateful that he had the chance to star on the show.

Arie tells Us Weekly that being a bachelor on the show isn’t as glorious as it looks on TV. He says, “I gotta say, as a bachelor, I feel like you’re almost set up to fail.” He adds that happy endings are the exception to the norm. In most cases, the bachelors on the show don’t stay with one person for very long. Arie explains that this setup made it hard for him to realize that Lauren liked him.

The Bachelor star says that most of the men on the show are destined to experience a “traumatic ending.” He expands on this by stating that “[the producers] place dates in certain orders to create some drama and to create conflict.” However, Arie was one of the lucky few who found the love of his life on the show.

Arie is thankful to have been on the show

Although Arie Luyendyk Jr. has a “love/hate with The Bachelor franchise,” he’s glad that he was on the show because it ended well for him. Lauren points out that she wouldn’t have met Arie if it weren’t for the show. The happily married couple now has a one-year-old daughter, Alessi. When asked what the secret to their success is, Arie and Lauren replied in unison, “communication.”

To the best Mom and wife a man could ever possibly ask for. Thank you for being such a role model and caring Mom. Alessi and I are so lucky to have you ❤️❤️

However, it hasn’t always been smooth sailing for this couple. Arie explains, “The Bachelor bubble and real life are two very different things.” In addition to transitioning to the real world after the show, Arie and Lauren also had to deal with announcing Lauren’s pregnancy. Lauren admits that the couple also struggled to understand each others’ ways of coping with stress. After overcoming these hurdles, their relationship is easier on both of them.

Arie and Lauren tell Us Weekly that they still haven’t watched the finale of their Bachelor season. The couple is happy with how things ended up in real life. So, they don’t want to watch how things went down on TV. Aside from watching a few clips of the proposal on Instagram, Arie and Lauren have avoided watching the season finale.

Do you agree that The Bachelor aims to make relationships dramatic? Let us know your thoughts in the comments and check back with TV Shows Ace for more Bachelor updates.

‘Little People, Big World’ Fans Tell Jeremy Roloff It’s Time To ‘Get A Job’
Jana Duggar Gets Close And Comfy With New Guy – Who Is He?
Jim Bob Duggar Predicts Insane Number Of Grandchildren He Could Have
‘Alaskan Bush People’ Exclusive: Charcoal DIY Beauty Tips With Rain And Snowbird
‘Survivor’: Will Season 41 Be ‘Old School’ Enough For Fans?