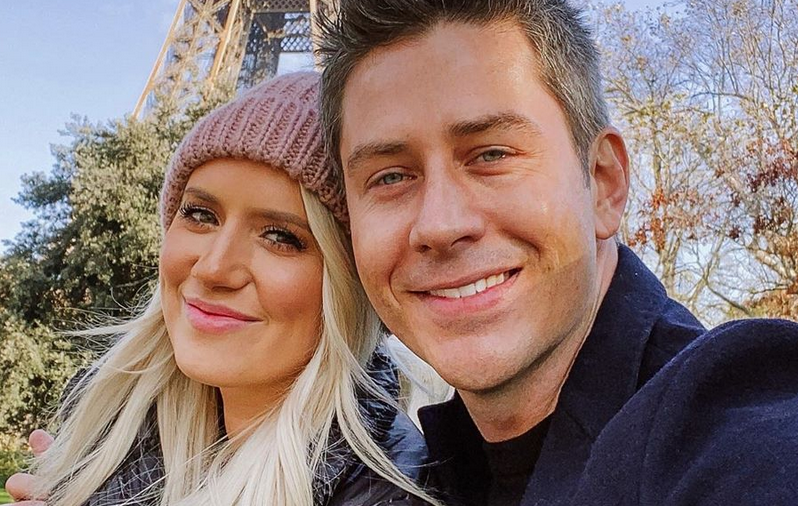 At the beginning of the day, Arie talks about the plans they have for their daughter. It sounds like the Bachelor alums spoil their daughter. And, she’s soaking up all the love, attention, and gifts.

In one snap, Arie shows off an impressive yard sign the couple had set up for Alessi’s birthday. Plus, it looks like Alessi got a kids’ Range Rover. She cruises around in it during part of the video.

I love you more than you could ever imagine little @alessiluyendyk! Our 1 year old baby girl had the best day ❤️

In response to the birthday celebration, Bachelor fans are wishing Alessi a happy birthday. They’re gushing over the little one and her first birthday. They think that the pictures are beautiful.

Bachelor alums Arie and Lauren open up on miscarriage

Recently, Arie and Lauren talked about adding to their family. Lauren admits that her pregnancy with Alessi wasn’t ideal, so there are things she wants to do differently next time. But, the couple does want more children.

Sadly, shortly after discussing their future plans, they revealed that they had a miscarriage. This was a missed miscarriage and not a physical miscarriage. This means that Lauren’s body didn’t physically expel the fetus. So, the body carries on as usual.

The couple shared about this loss in a YouTube video. Though it’s a heartbreaking loss, they are cherishing their daughter Alessi. When the time is right, they will likely expand their family. It’s clear that they love being parents to their little one and can’t wait to give her a sibling. Because they tend to keep fans involved in their life, they will probably share an update about their future plans soon. And, of course, they’ll be sure to share a pregnancy announcement when it’s time.

So, what do you think of Alessi’s birthday celebration? Share your thoughts in the comments below.