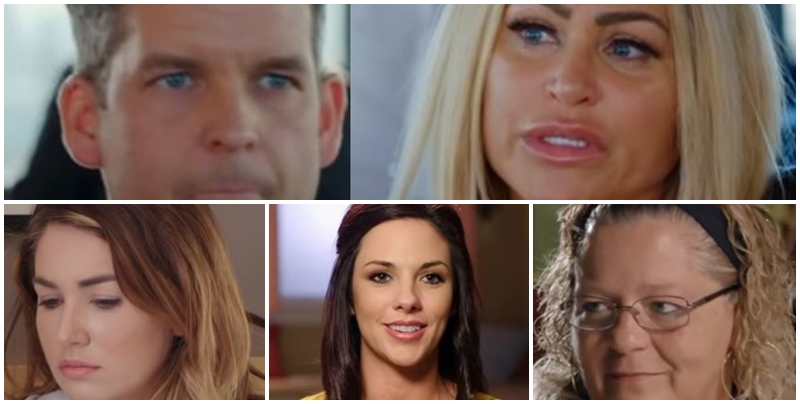 90 Day Fiance fans saw in the teaser for Part 2 of the Tell-All, that Tom wanted off the screen when Avery came up during his segment. Fans heard via spoilers that apparently, Ash tested Avery by asking Tom to ask her out. It turned out slightly differently. But more than that, Tom admitted he asked other women out during the season, as well.

90 Day Fiance: Before the 90 Days – What went down with Avery and Tom?

When rumors of the dating drama came out, spoilers suggested that Ash used Tom to test whether he could trust Avery. Tom apparently communicated with Avery and asked her on a date. At the time, she and Ash went through a split. But later, Avery found out about Ash’s involvement. In the Tell-All, despite saying he didn’t want Avery on his segment, Tom eventually talked about it and admitted he asked Avery out.

The 90 Day Fiance star denied he colluded with Ash in any sort of “trust” test. As far as he felt about it, she and Ash already split. Ash previously told Avery that Tom sent her texts about their conversation. It turned out that Tom claims he never set her up. ET Online noted, “Ash…admitted he lied to Avery about having screenshots as evidence of her conversation with Tom because he was upset.” With that out the way, what actually happened was never intended as a “date,” according to Tom. He claimed he just hoped for a “friendly” meetup. The only reason he texted Ash at all was a sort of bro-bond thing, as a matter of courtesy.

Tom also tried it on with other women

Tom Brooks certainly came over as ladies’ man in the Tell-All. He admitted that he “hit on” Stephanie, who split from Erika. Tom described her as “hot.” Stephanie didn’t confirm that at all, slighting him by mentioning she didn’t notice. However, now committed to talking, Tom said, “What can I say, I’m a terrible flirt.” Fans understand that, even if they disapprove. But, news emerged that he also approached Lisa Hamme.

Quite what he saw in the older woman, fans can’t understand. But, she clearly said he just asked for them to “hang out.” She also defended Tom, accusing the other women of “railroading” him. Naturally, a possibility exists that he hoped to recruit her. Bear in mind, he roped in Syngin and Tania from 90 Day Fiance Season 7 of the original show. They started promoting Organo Gold after Tom recruited them onto his MLM downline, according to Monsters and Critics.

So wait Tom was trying to F*** EVERYBODY on #90DayFiance #90dayfiancebeforethe90days pic.twitter.com/7YJmkFlGPK

As for Darcey, she and Tom ended their relationship. Tom felt sorry they way things turned out. But, it seems that Tom Brooks really can’t stick with one woman as he tried it on with Avery and Stephanie. What do you think about all of this 90 Day Fiance drama? Sound off in the comments below.