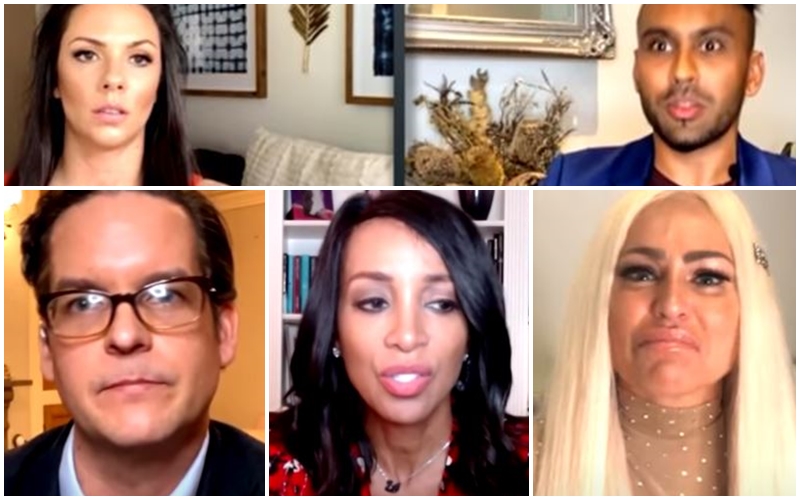 90 Day Fiance: Before the 90 Days part 2 of the Tell-All airs on TLC Monday, June 8, at 8 p.m. Fans can’t wait for it, as a teaser at the end of part 1 revealed that Tom and Avery got together for a date. Fans can’t wait for the juicy tea to emerge. And, it seems that in the upcoming show, Avery dishes all about it.

90 Day Fiancé: Before the 90 Days – part one Tom turns off his Zoom after Avery pops up

During the show, fans saw that Tom ended his segment of the show about Darcey. But before he left, he seemed rather agitated as Avery got called up. In fact, at the end, people saw him close off and go away while Darcey looked shocked. Avery being there probably upset him as the teaser revealed a meetup between them. Naturally, fans wonder just how much Tom hit on her. Avery gave the impression that Tom didn’t want to hang around and talk about how he tried something on with her. And, it took place while she was still exploring her relationship with Ash.

Naturally, fans eagerly await the next part of the 90 Day Fiance Tell-All, hoping for loads of juicy bits. One fan on Twitter wrote, “Okay, what the hell is the Tom/Avery connection?! This is already great.” Another person noted, “Tom & Avery have a thing??? ” Others urged Avery to “spill” everything. Meanwhile, this unimpressed follower noted: “Something happened with Tom & Avery? Eww..” Well, it looks like part 2 brings what fans hope for.

Behind the part 2 reveal (spoilers)

This section of the article brings some spoilers about Tom and Avery. If you don’t like spoilers, then please stop reading now. InTouch Weekly reported that some tea about the Avery and Tom Brooks thing came via “FraudedByTLC.” The outlet notes that the whole thing actually sounds like a bit of a setup by Ash. And, Tom bought into it. On her post on Instagram, Katrina of @fraudedbytlc shared a slide about it. She captioned her post with, “I don’t have a dog in this fight. I’m just reporting. I’m not on anyone’s side here.”

The slide noted that “Ash asked Tom to help him test Avery’s commitment.” Well, Tom obviously decided that there’s nothing dodgy about that, so he started chatting to Avery. Later, he asked her for a date. At the time, Avery and Ash were broken up again. They always seemed to split and then revisit their relationship, fans know. Once the date got arranged, Avery discovered the collaboration between Tom and Ash. Unfortunately, the post doesn’t mention how that date went down, or how far 90 Day Fiance businessman Tom went with Avery.

Fans react to the spoiler about Avery and Tom

On the Instagram post, fans commented about the reveal. One person asked, “I wonder if Tom had begun speaking to her before the breakup 🤔. Katrina confirmed, “he had.” One fan felt that made everything just fine then. They commented, “If they were broken up Avery had the right to go on a date with whomever she wishes without being shamed for ‘not being so sweet.’ Did we all suddenly forget Ash was a frequent flyer at the flower shop?”

But, another 90 Day Fiance critic slammed Ash and Tom for it. They noted, “creepy Ash gets even creepier Tom to ask her out in a stalker like set up to spy on her and they shaming Avery?! Yes, we still live in a male dominated, male narrative driven world..”

Do you agree with that sentiment? It certainly sounds rather awful that Tom and Ash played Avery along even if they were split at the time. Sound off your thoughts in the comments below.