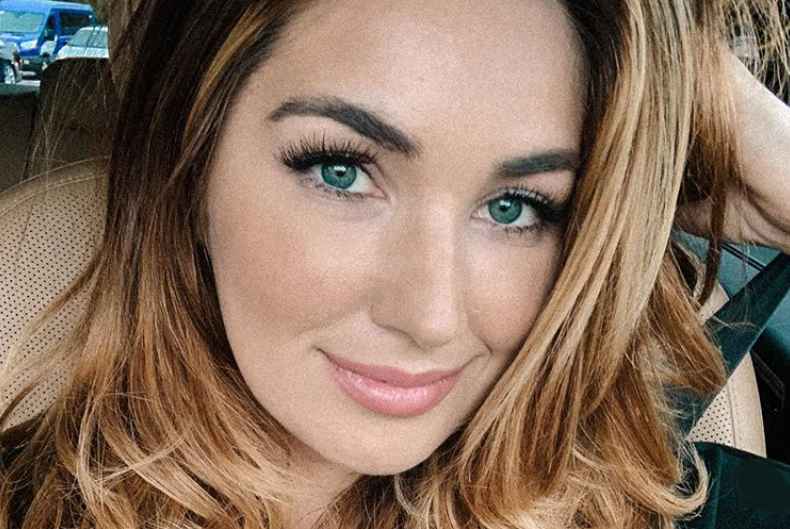 Stephanie Matto has received plenty of backlash from her appearance on 90 Day Fiancé: Before the 90 Days. This was related to how she treated her Australian girlfriend, Erika Owens. It was also drawn by the couple’s lack of intimacy. During the Season 4 Tell-All, Stephanie opens up about her past. She says her time as a stripper has totally “changed” her outlook relating to her orientation.

90 Day Fiancé: Before the 90 Days star Stephanie opens up about her past

On the Tell-All, Stephanie, 29, says she moved to Los Angeles when she was in her early 20s. She admits she was broke and had no one to turn to for help. As noted by In Touch, Matto says she ends up dancing for a period of time.

According to the TLC reality star, this really “messes you up.” She says after she stops working as a stripper, she finds it has changed the way she is.

Now a regular YouTuber, Stephanie has been regularly slammed by people saying she is not bisexual. Keyboard warriors write she only joined 90 Day Fiancé with Erika to gain exposure for her YouTube channel.

Stephanie says how really hurtful this is. She feels it is a pattern in her life where whenever she dates people, she feels like she is getting attacked for not “being a certain way.” Matto says she begins to feel like there is something “defective” about her. She adds she does know she is bisexual. The TLC reality star says it is not something she needs to prove to anyone.

Stephanie and Erika meet again on the Tell-All

Due to the coronavirus pandemic, the Season 4 90 Day Fiancé: Before the 90 Days Tell-All was filmed via Zoom. This was the first time in a long time that Stephanie and Erika have seen each other face-to-face. There was a definite vibe on the show that there was bad blood between the two following their split. During their segment of the Tell-All, they basically fight and argue throughout.

In one online argument, Stephanie accuses Erika of being a “narcissist” and “very self-centered.” Erika responds by calling out Stephanie for always “claiming victim.”

Stephanie hails from Yonkers, New York and Erika lives in Australia. They met online and seemed to hit it off. When they first come face-to-face on the TLC reality show, things seem to be going OK. However, it doesn’t take long for things to take a downhill slide for Stephanie and Erika. The pair fight over Stephanie’s trust issues and jealousy. This especially relates to Erika’s close friendships with her former lovers. During Stephanie’s stay, Erika takes her to meet her family and came out as bisexual.  The family accepted Stephanie and there were no problems.

However, trouble erupts when Stephanie finds it hard to come out to her conservative mother. Erika resents being introduced as a friend and not as a girlfriend. This ends up as a full-out fight between the two women.

At that time, Erika opens up to Stephanie about a former, long-term relationship she had with another woman. Throughout the relationship, she says she was basically kept a secret. Erika tells Stephanie she doesn’t want this to happen to her again. This rebounds with even more problems, as Stephanie was hurt Erika hadn’t told her about this relationship. Ultimately they both decide to give their relationship a miss and it was over between them.

Can Stephanie and Erika be friends?

On the 90 Day Fiancé: Before the 90 Days Tell-All, it was clear neither Stephanie nor Erika are likely to become friends. When asked, Erika says, “Absolutely not.” On Stephanie’s side, she says she thinks the “hurt and emotion” between them is still so raw. She feels the very best case scenario is that they could become “friends from afar.” Stephanie says maybe they could give each other support from a distance, but that’s it, she can’t hope for anything more.

Part one of the 90 Day Fiancé: Before the 90 Days Tell-All aired on TLC on Sunday, June 7 and part two aired Monday, June 8.