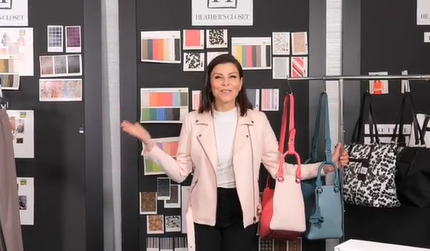 On a recent episode of Behind the Velvet Rope with David Yontef, Heather Dubrow talked a bit about Vanderpump’s exit plus some of the girls leaving Real Housewives of Orange county. Fans feared for the future of the show when Lisa Vanderpump left the Real Housewives of Beverly Hills.  Lisa herself didn’t think the show would survive without her and she had her own show to run as well.

After the news that Lisa wouldn’t be coming back for the tenth season, it was a little unnerving to fans. Despite being conditioned to get used to pain, when the OGs go, it’s a shock to the system. With the addition of full-time new member Garcelle Beauvais and a friend, Sutton Stracke brought on, they seemed to stick around.  Despite a main character leaving, the ratings haven’t suffered at all and fans still seem to be behind RHOBH.

Heather said she had Garcelle on her podcast and counts her as a friend. She said the show is going great and they both think it’s doing better than before.

Heather Dubrow Felt Surprised By The Changes On RHOC

Heather Dubrow said previously she was really surprised to find out Tamra Judge and Vicki Gunvalson were leaving the show. She felt especially Tamra was, “so content rich.” She admitted knowing reality shows have to be evolving constantly according to the Inquisitr. Heather said if fans see the same thing over and over, they can start to lose interest. She commended the two on a job well done during their time on the show.

When asked in a recent interview whether she’d return to RHOC, she didn’t completely discredit it. She did say she’d made the memories she wanted to. It’s unlikely she would come back to the show but she did say never say never.

Happy Passover 2020! ( we put Elijah’s seat 8 feet away #socialdistancing ) Thank you to @drdubrow and the kids for being so cool about our dialed down / friendless Seder. Also special thank you to @sarahscohen4 for the insane matzoh crunch & @atomiccreamery for the ice cream bar ( regular and vegan !!!) Sending peace and love to everyone ! chag sameach ! ❤️❤️❤️❤️❤️❤️

According to People one co-star Heather Dubrow doesn’t want to see is Kelly Dodd. She said last year she posted some dumb things about her and she laughed. She said they’d had good times and she’s happy for her, but she never knows what she’ll get with her. This is one thing that made her choose Dodd as someone she wouldn’t want to bump into.

Former housewives make cameos all the time, so it’s possible fans may see Dubrow passing through every once in a while. She can come on to give someone advice about drama or relationships between the wives. Heather said she’s really excited to see what the next chapter will be like for the women. Fans continue to listen to her podcast and follow her commentary on the housewives and what’s going on in their world.