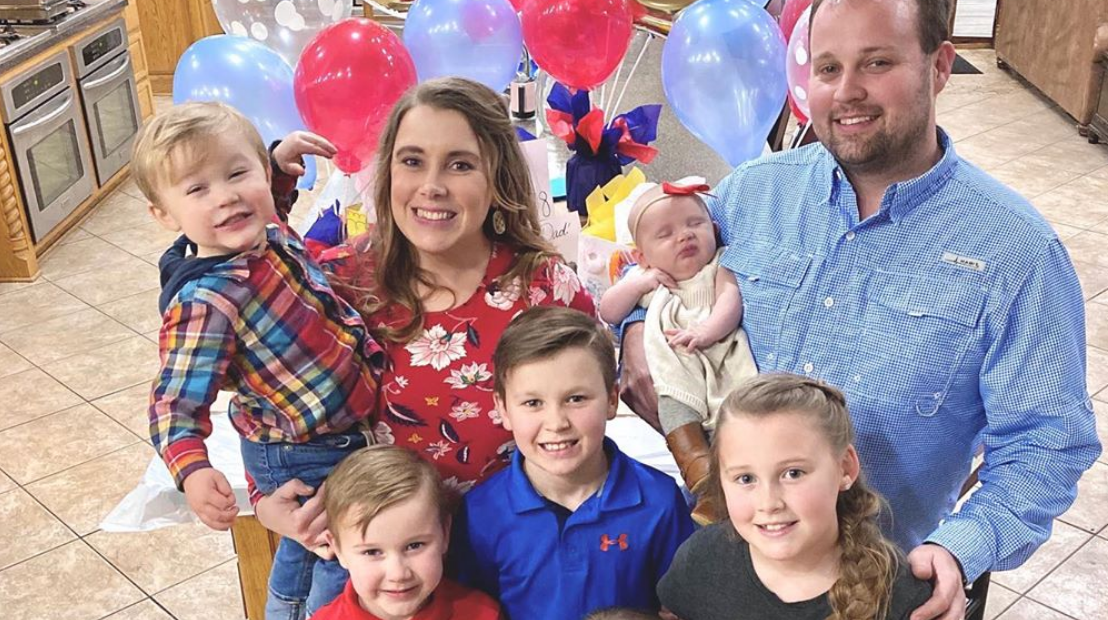 In her Instagram post, Anna shares a series of pictures of Marcus. In a few of the pictures, he’s holding bugs and snakes. The last photo features Marcus posing with a few goats. The proud mom talks about this in her post, saying that he’s always looking for bugs and other creatures. She says that he observes and cares for the creature for a little while. Then, Marcus safely releases the bug back into nature.

The Duggar daughter-in-law continues, writing, “Marcus, you are almost always smiling (which is especially cute with your front teeth missing) You are such a happy kid and your cheerful attitude is contagious! 😁”

Finally, Anna writes, “The past 7 years have flown by, and it’s been such a joy to be your Mom and watch you grow and mature! I love you♥️”

Marcus, you are almost always smiling (which is especially cute with your front teeth missing) You are such a happy kid and your cheerful attitude is contagious! 😁 • You’re always looking for a little frog, beetle, lizard or some creature to observe and care for and then safely release back home! 🐸 🦎 🦗 • The past 7 years have flown by, and it’s been such a joy to be your Mom and watch you grow and mature! I love you♥️ • • • #littleduggars #marcus #happybirthday #birthday #birthdayboy #latergram #latepost

She also adds that this is a “latergram,” meaning that she’s posting it late. She shared the post nearly a week after Marcus’ birthday.

Anna previously decided to hold off on posting about Marcus’ birthday. This is because of the ongoing protests against police brutality in the United States. In solidarity with the Black Lives Matter movement, Anna shared a black square on her Instagram page. In that post, she talks about the death of George Floyd. She mentions that she will share Marcus’ birthday post later on. She doesn’t want to distract from the Black Lives Matter movement and take away from that.

On Marcus’ birthday, Jim Bob and Michelle Duggar took to social media to share a birthday message for Marcus too. They also mention his love for bugs and other creatures.

Happy 7th birthday to this sweet boy! Marcus loves nature and the outdoors, and when he comes to Lolli and Pop’s house, he usually gets a group of cousins together to go critter hunting. He catches frogs, or beetles or other insects, and creates a temporary habitat for them with gallon ice cream bucket lined with with grass and sticks. He loves to study them and learn about their life and diet. Before the day is out, he is sure to let them go so they can get back to their real homes. 🕷🐜🐛🐸 We love you, Marcus! Hope this year brings you lots of new and exciting adventures!

In response to both of the birthday posts, Duggar fans are wishing Marcus a happy birthday. They can’t believe how quickly the little guy grew up. Longtime fans might recall hearing the news of his birth.

How many kids do Josh and Anna have?

Marcus is the third of Josh and Anna’s six kids. Their children include Mackynzie, 10, Michael, 8, Marcus, 7, Meredith, 4, Mason, 2, and Maryella, 6 months. On social media, Anna often shares updates about the kids as they grow.

So, can you believe that Marcus is seven years old? Did you follow the family when he was younger? Leave a comment below.