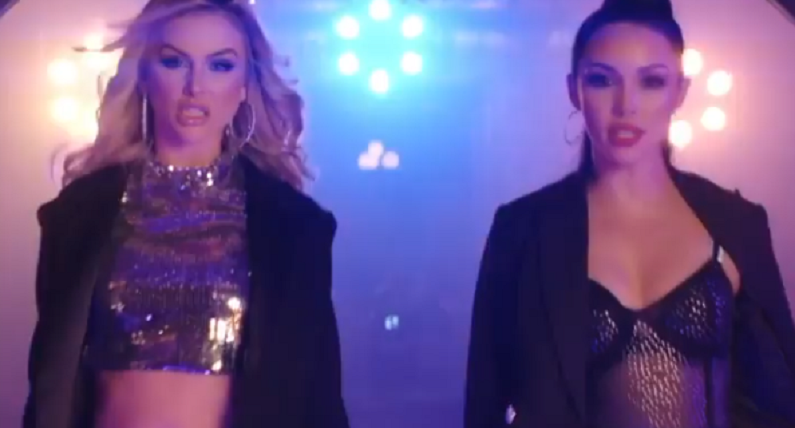 Scheana Shay has some not-so-kind words to say about Lala Kent. She feels that the Vanderpump Rules co-star has a mean streak and a big head. Lala no longer works at SUR. Instead, she wants to become a model. However, she still appears on the reality show. Most fans noticed that she acts like she’s better than the rest of the cast.

That’s a far cry from VPR Season 4 when Lala was a newbie. Many of those fans rooted for her when the mean girls did everything they could to remove her from the show. Eventually, Lala won them over with her private jet access, thanks to her fiance Randall Emmett. All of a sudden, she’s a “cool girl.”

Some would say that Lauryn Kent from Utah forgot about her humble beginnings. Scheana Shay feels that her fellow co-star is a mean girl.

Scheana Shay and Ariana Madix were two of the people who were nice to the newbie. Nowadays, Lala throws shade at them every chance she gets. Lala slammed Ariana for being a fair-weather friend. She also said that the One More Time singer makes for “uninteresting” TV, but some would say the same about Lala. She’s become known for her outbursts.

During a recent episode of the podcast Behind the Velvet Rope with David Yontef, Scheana Shay addressed Raquel Leviss’ comments that Lala thinks she’s better than the rest of the cast. Scheana agreed with Raquelle’s sentiment and says that Lala has become a mean girl. Scheana didn’t hold back on her thoughts. She doesn’t find Lala’s new trait attractive.

the part of the music video that you don’t see tonight on #pumprules. link in bio 🖤

The podcast host asked Scheana if she felt that Lala has changed since being on the show. She responded, “Yes and that’s all I’ll say about that.” However, she did have more to say about Lala. Scheana feels that Lala “used to be a lot sweeter” when she first appeared on the show. It’s clear that Scheana gets mixed signals from The Row actress. She feels that the VPR co-star is her friend when she “talking s*** about me [than when] she’s being nice.”

The podcast host also asked Scheana Shay to name the cast member who let fame get to their head. She named Lala, adding, “She has that ‘I’m better than you’ attitude.” That’s when Scheana pointed out Lala’s massive online following. The model currently has 1.4 million followers on Instagram.

“She has more followers than a lot of us and she thinks she’s [above us],” Scheana explained. “The thing with Stassi is that she’s a pretty selfish person, which she admits, but she’s not mean and hurtful the way she used to be.”

Tonight, it’s a wrap. The season 8 finale of Vanderpump Rules airs tonight at 9/8c, only by @bravotv

Scheana feels that Stassi has grown and changed. She also doesn’t feel that Stassi has let fame go to her head. In contrast, the “Good as Gold” singer feels that Lala “just comes off very harsh.” She revealed that Lala’s behavior is as “hurtful more than anything, but that’s just her.”

But she didn’t stop there. Scheana also pointed out Lala’s hypocrisy. She revealed that the beauty entrepreneur asked her to be on her podcast, Give Them Lala … with Randall, even though she called Scheana “uninteresting.”

“So why do you want to interview me?” she asked.

What are your thoughts? Do you think Lala Kent has let fame go to her head? Sound off below in the comments section.