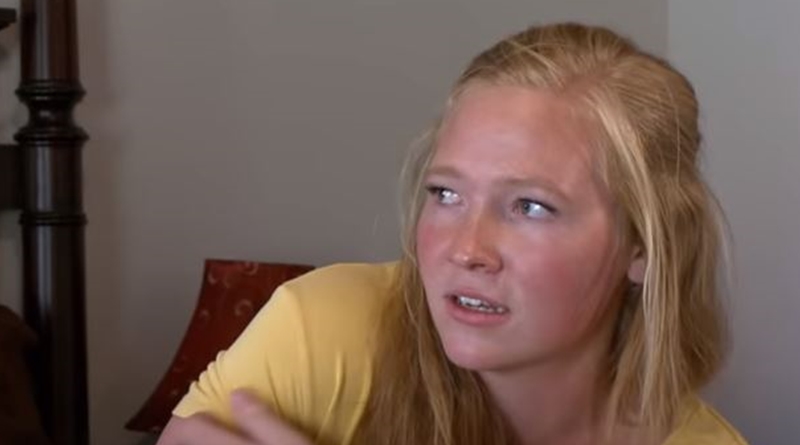 Sister Wives fans often saw stories, videos, and photos from Aspyn Brown Thompson on her Instagram. Recently, accounts held by her family don’t show her following them. And, her mom didn’t share anything about her for the longest time, on her social media. The last time she tagged her daughter, it went to a broken link. It seems she just disappeared off Instagram and fans wonder what happened.

Hunting around for Aspyn under her old user name @aspynbrownthompson just goes to dead links on the platform. And even a search for combinations of her name brings up nothing. But her husband Mitch still keeps his account going. He shared a photo of a table that he’s been working on this weekend. Prior to that, a week ago, he shared the same table while he still worked on the legs. And in May he shared he found some walnut to make him and Aspyn a table. Gwendlyn Brown loved the photo. But a fan asked, “I miss Aspyn’s posts, where did she go? I miss her. ♥️”

Here is an update on the table. The bowtie is in and I epoxied the crack.( I went with the padauk tie since it's my favorite) I got the legs welded and painted. I leveled the slab and drilled holes to attach the legs. Now I have a whole lot of sanding ahead of me before I start the finish.

The last time Mitch posted any photos of Aspyn came in December. However, Aspyn moved to Twitter in April last year. She already held an account there since 2009. The Sister Wives star used it in 2017 and 2018 but then went quiet for a while. In April 2019, she shared, “Hi everyone! It’s been a hot minute. I can’t decide what I think about Twitter because I think it holds a lot of negativity. But… I’m trying it out again and bringing as much positive but real life as possible.”

Hi everyone! It’s been a hot minute. I can’t decide what I think about Twitter because I think it holds a lot of negativity. But… I’m trying it out again and bringing as much positive but real life as possible.

Since April 11, Aspyn shared more posts over on Twitter. She shared about podcasts and that she’s listening to “Oprah’s SuperSoul Conversations.” She linked it to her Instagram account, but that no longer exists. Her last post over there came on Mother’s Day last year. It’s not at all clear why Aspyn disappeared off Instagram. But, perhaps she hated the negativity on social media. After all, she went to Twitter to try something positive there, but it never really lasted.

Certainly, there seems to be no major clash with the Sister Wives family. After all, Mitch mentioned Aspyn in his post about the table. And, other Brown family members liked it. It’s quite possible that Aspyn got some heat from fans because she used to share quite a lot of things on her Stories about the company she worked for. Some fans thought she just used her Instagram to promote them.

What do you think about Aspyn disappearing off her Instagram? Your Tango confirmed at the end of April that she took down her Instagram. They thought Sister Wives star maybe wanted privacy, rather than anything else.  Sound off in the comments below.