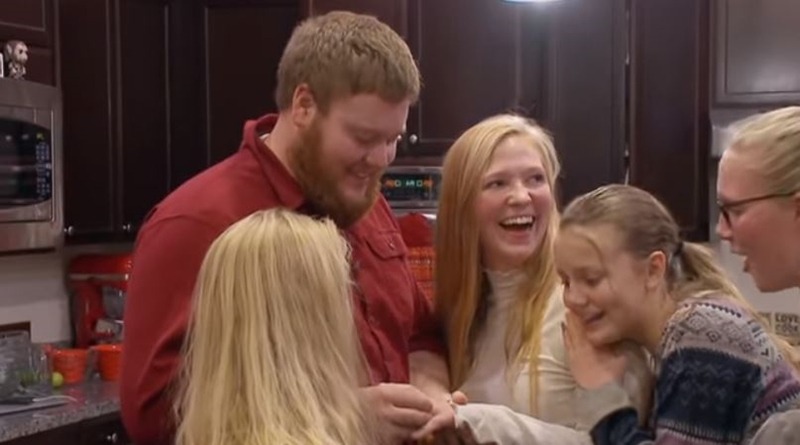 Sister Wives fans heard that straight after graduating college, Aspyn Brown and her husband Mitch Thompson relocated to Utah. Later, she updated on going to work in a new place and how it was a bit “scary.” However, it seems they’re settling into their “new adventure,” as Aspyn gave an update on their life in Utah.

Although Aspyn felt a bit “scared” with the move, she settled in at work quite quickly. After she posted about navigating public transport in a new city, a week later she revealed her workplace. TV Shows Ace noted that “Aspyn posted to her Instagram Stories, saying, “Hi Salt Lake City fans, you should come visit me at work…and all my friends.” Then panning around, we see it’s a nice looking place as well. So, now we know her new job’s at The City Creek Center, the upscale open-air shopping center near Temple Square.”

Actually, she looked fresh, happy, and excited in her new role after college. For Sister Wives fans wishing to meet her, it’s easy enough to pop into “the Kendra Scott outlet where they sell jewelry, beauty stuff, and gifts.” While we’re not sure where Mitch works, he also looks happy and well settled already. In fact, he tidied himself up and trimmed his beard, so maybe he also works in the city.

New updates after the new adventure move from Mitch and Aspyn

Now, two weeks after their arrival in Utah, Aspyn posted up on Instagram about new updates in their lives. Her post showed her looking very attractive with her long blonde hair loose, and she wore a maroon floral outfit. Mitch, newly shorn looks at the camera smiling as he sits close to his wife. Often, Sister Wives fans see  Mitch with a bushy beard.

Aspyn captioned the photo with, “We’ve been in Utah now for a little over two weeks!☺️ Whaaaat?!” Anyway, she mentions that she’s “finally getting into a routine and we are making meals at home more regularly.”  Finally, Aspyn noted, “Moving def takes time but it’s all part of the adventure.”

Quite a lot of Sister Wives fans welcomed them to Utah, with some asking where they lived. Well, Aspyn never answered, as maybe that’s a bit too personal. However, others noted that both of them look very much in love and happy. Fans noticed Mitch trimmed his beard and most people liked the “smart” look.

What do you think about Aspyn Brown Thompson and her husband Mitch settling down in Utah so fast? Do you feel moving states to start a new life is an adventure or plain scary? Sound off your thoughts in the comments below.