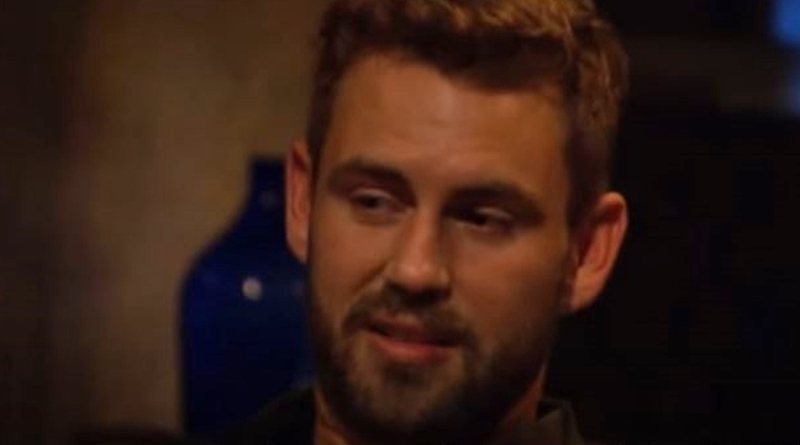 Bachelorette star Becca Kufrin’s man, Garrett Yrigoyen clashed with Bekah Martinez. She attacked him for a post that showed he stood for the Thin Blue Line. After she slammed him, he told her she’s “no longer invited over.” However, Nick Viall played on those words and stood by her stance against Garret.

Bachelorette drama between Garrett and Bekah boosted by Nick Viall

When Garrett shared that his “family” and “friends” work in law enforcement and he supports them, Bekah went off at him. Garrett feels that not every cop’s a bad cop. He feels that those people who do a good job should get some support. Garrett mentioned, “We can’t judge an entire group of people by the actions of a few…we sure can’t judge all cops by the actions of a few bad ones.” Of course, right now, with a lot of protests going on, in support of George Floyd, people reacted with mixed feelings to Garrett’s post.

The Bachelorette alum became angry when Bekah Martinez attacked him. She said, “so interesting you stay silent about black lives.” She added to her argument by saying the black people don’t “choose” their color, but cops choose blue.  Then she said, “you just HAVE to speak out about cops.” Garrett told her that she judges him when she clearly doesn’t know him. He felt she should enter into a conversation before condemning him. Garrett’s parting shot said that she’s “no longer invited over.” Now, Nick Viall chimed in.

US Weekly noted that Nick seemingly took sides with Bekah over all the BLM drama. They reported that Nick also took to Instagram. He wrote, “Bekah, you and your family are welcome for dinner at my place anytime.'” Well, that probably means that Garrett and Becca Kufrin get left off the invites list. But, it’s not certain that’ll worry Garrett from the Bachelorette. Nick Viall seemed to generate unpopularity with other Bachelor franchise cast members. Notably, Nick says a lot about other people on the show.

Nick Viall’s detractors loved it that he got everything wrong about Peter Weber’s season. Refinery29 reminds readers that his theory involved, “Peter sends home Maddi. Mom tells Pete to bring back H.A. He does. Peter is with H.A.'” Well, fan know he ended up with  Kelley Flanagan. Nick Viall got involved in Bachelorette Hannah Brown’s recent N-word drama. He said it was a “Terrible Apology,”‘ E Online noted. Nick Viall described Madison Prewett as a liar. And, US Weekly noted that Blake Horstmann can’t stand him for his constant criticism.

What do you think about Nick Viall getting involved in the dispute between Garrett Yrigoyen of Bachelorette and Bekah Martinez? He’s not the most popular person who ever graced the ABC franchise, after all. Sound off your thoughts in the comments below.