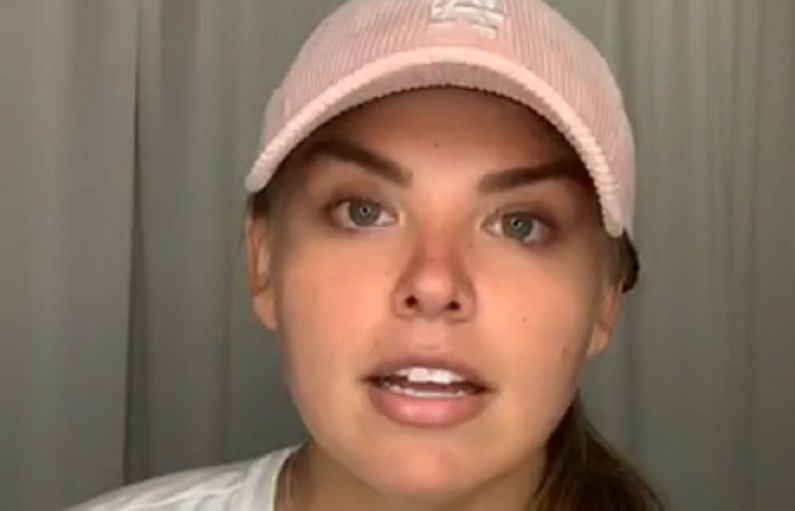 Hannah Brown has one heck of a month. The Bachelorette alum received backlash for saying the N-word on Instagram Stories. Bachelor Nation even weighed in on their thoughts. However, Rachel Lindsay has been the most outspoken about the matter.

Bachelorette alum shares the “uncomfortable” conversations she has with her family

Hannah Brown is trying to learn and grow from her mistakes. She revealed the difficult conversations she’s had with her family about racism following her N-word scandal. The 25-year-old held an Instagram Live on Friday, June 5. During it she discussed the ways she can be a better ally. She answered a follower’s questions about whether she “had conversations” with her family.

“I have and guess what? They’ve been uncomfortable,” the DWTS champion wrote, per Us Weekly. “They are gonna be uncomfortable, especially if this is the first time, like me, that you’ve really opened your eyes and realized what’s going on around you. And I think the biggest thing I’ve realized that’s so important, is coming to those conversations with a humbled heart.”

Hannah also admits these conversations “take time.” Her advice for her followers is to be “defensive,” to “listen,” and to “educate yourself.” She also revealed that she’s been working on herself. But of course, it hasn’t been easy. She understands that she has to put in the work to understand racism.

But as much as I’m posting about these things that I’m sending y’all, I’m doing the work. After this, … I can keep listening to my ‘1619’ podcast and [read] White Fragility. And I don’t just listen, y’all. I take notes. I have conversations, I call my friends after and we talk about it and it’s, let me tell you, it’s been emotional. And it should be.”

How does she feel about the current black lives matter movement?

She also addressed the current situation in America, which “should not be about shame and guilt,” but it “should be a time of reflection and being motivated” to do better.

This comes after Bachelor Nation slammed Hannah for saying the N-word on Instagram Live while singing to the song Rockstar by DaBaby. She originally denied the claim. But, then. followed up with a formal apology.

Hannah Brown finally opens up about the N-word drama

The Alabama native was quiet since her apology. But, she’s slowly opening up about her N-word scandal. Hannah Brown revealed that her original apology was “never supposed to be the end of the conversation, just the beginning.” She also asked her followers to not defend her on her behalf. She wants to change and grow from this experience rather than to be coddled.

Nowadays, Hannah monitors her actions. She realized there are words she should never use. She admits that there is so much that she needs to learn. But, it seems like she’s willing.