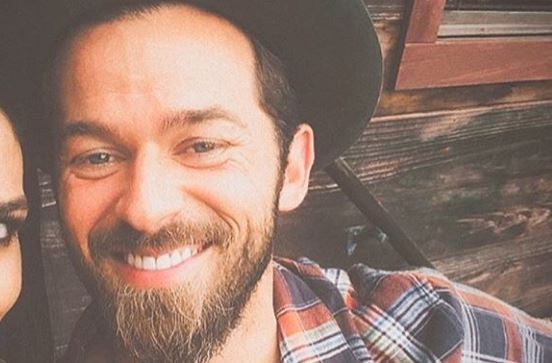 Artem Chigvintsev asked Nikki Bella for her hand in marriage last year. However, fans were able to watch Artem propose to Nikki on Thursday nights episode of Total Bellas. Fans got to see a behind-the-scenes view of how it all happened.

Nikki and Artem Chigvintsev’s families came together for dinner at a lavish French chateau. The former Dancing with the Stars pro pulled his then-girlfriend off into another room. Nikki thought it was for a special birthday surprise since the twins were there to celebrate turning 36. As the couple entered the flower-filled room surrounded by candles the former pro-wrestler said, “This is the best birthday ever!”

According to People, the couple danced to a string quartet, and then Chigvintsev led into his sweet proposal speech. Artem said, he had been working on it “for a long time.” Artem began by saying, “I feel like when we met it was definitely fate. And the thing is, when I fell in love with you, it was completely out of my control. There is a saying, that love is a single soul inhabiting two bodies. You turned my world upside down, but in the most incredible way,” he gushed. “And I love you so, so much.”

Nikki responded, “I love you too, so much.” Artem then jumped in saying,”I want to spend every sunrise and every sunset with you.” Bella interrupted with a kiss and shared that his words were “so cute.”

“What I’m trying to say is, will you marry me?” the Russian-born dancer asked as he pulled out the ring and got down on one knee.

“Artem, what are you doing? Artem, no!” Bella smiled covering her mouth with her hands.

“Oh my gosh! Yes. Oh my goodness, are you serious right now?” she asked as she wrapped her arms around her fiancé.

Moments after saying yes, Bella asked if she could see the ring. “Oh my gosh, Artem. It’s so pretty,” she said.

After hearing Nikki say yes to her handsome fiance Artem, their families came in with celebratory drinks and congratulations. “In this moment right now I don’t even know what to think,” Bella admitted. “I feel like the world is stopped. It’s a dream. I feel like a queen.”

Excited For The Future

Nikki Bella posted on her Instagram in January about accepting Artem Chigvintsev’s proposal in France two months prior. “Excited for 2020 and the next decade with you @theartemc ❤️ I said yes in France in November,” she wrote, “We have been trying to keep it a secret but really wanted to share our excitement for the New Year!”

Weeks later Nikki shared that her and Artem were expecting their first child together. You can watch Nikki and Artem on Total Bellas on Thursday’s on E!

Jill Dillard Talks All About Their New Rescue Pup’s First Night
Lindsie Chrisley Shares That She’s Working On ‘Some Life Things’
‘Yellowstone’ Father Figures On And Off The Series
Tammy Slaton & Jerry Sykes Sex Tape? Curious Fans Want To See This
‘My 600-lb Life’ Update On Tara Taylor: Where Is She Now?