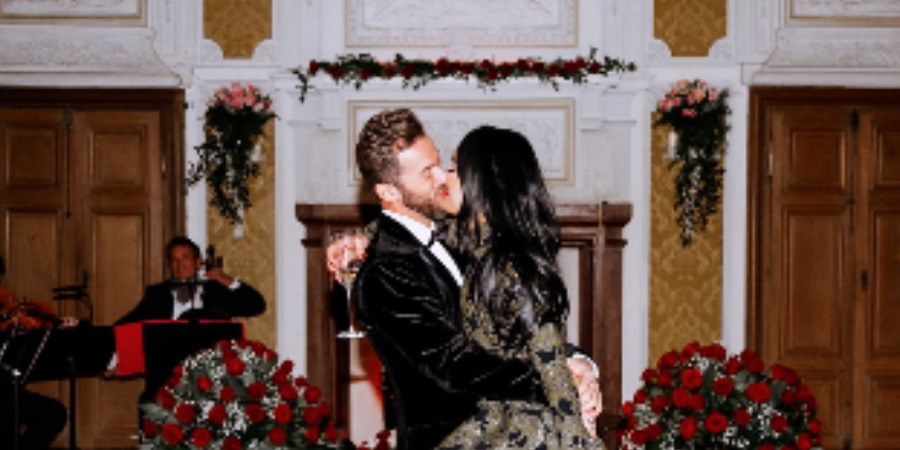 Nikki Bella is no stranger to public romance. She very publicly loved and lost John Cena on her reality television show. Friday she announced her engagement to DWTS  star Artem Chigvintsev.

She says he’s different than other men she’s dated in the past. Bella said, “Artem is the first person I’ve been with where I feel like I can be Nicole and never feel like he’s going to leave me for it.”

Why Does Nikki Bella Say Artem Is Different

Nikki Bella said Artem Chigvintsev doesn’t care that she’s crazy and loves her for it. She told People she said she needs someone relaxed because she’s a firecracker. She said after breaking up with John Cena, she worried about dating in public again. “After such a public breakup, I was scarred,” she said.

She said in the beginning she was afraid to film their relationship. She said the difference is she knows where they’re at with each other. Artem proposed when they went to France together in November. Fans will get to see their relationship on the show now as Total Bellas continues to film. The fifth season of the show will be back on E soon for another journey with Nikki and her sister Brie.

It has been such an incredible, fun, loving and tons of smiles year with you @theartemc ❤️ Excited for what 2020 will bring!

The Two Are Moving Right Along In Their Relationship

The pro wrestler, Bella, posted on Instagram they tried to keep it a secret, but wanted to share their excitement. She had been nervous to meet his parents, but Artem said the meeting went well. He said, “my parents love Nicole. It was a dream come true.” His parents don’t speak English and Bella doesn’t speak Russian, so it’s impressive she made a great impression on them.

Nikki Bella was engaged when she met Artem in 2017. They were dance partners on the show and he said at the time, “I feel like I’ve been getting wrestled every single rehearsal.” They reconnected after her engagement was called off and sparks flew. When they announced their relationship had gotten serious, they choreographed a dance to Rita Ora’s “Let Me Love You.”

Nikki Bella and Artem hosted the holidays at her new house in Arizona. They were excited to have their first holiday at her house. She said he did most of the cooking. She said, “we’ve spent a week there so far, so we’re really excited.” Fans of both wish them well as they start the new year together.

‘RHOC’ Viewers React To Season 15 Reunion Part 1
CBS ‘Mom’ Season 8 Episode 6 Recap – January 21
Dale Moss’ Sister Shows Up For Him In More Ways Than One Amid Clare Crawley Split
What Has ’90 Day Fiance’ Alum Deavan Clegg Done To Herself That She Looks Unrecognizable?
‘Below Deck Sailing Yacht’ Season 2: What To Expect