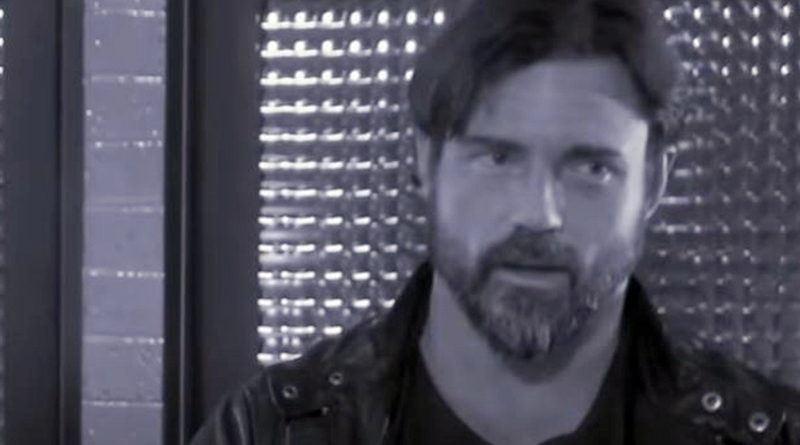 RHOBH features quite a lot of Denise Richards’ husband, Aaron Phypers, at the moment. On the latest episode, fans once again saw a party turn sour on Real Housewives of Beverly Hills. It started off with Aaron Phypers supporting her against the other women. But later, when Denise stormed off and left, he threatened to hurt her. Aghast fans could hardly believe what he said to her.

Fans need to rewind and listen again and again to get exactly what Aaron said to Denise as they left the party. But the footage clearly showed that he threatened her. Aaron, a holistic medicine practitioner, and actor, initially got some praise from fans, Meaww noted as the scene first unfolded.  Recapping what went down, they noted that the fracas started when the women “began ganging up against Denise Richards for not bringing her kids to Kyle Richards’ party.”

In front of the women, he defended Denise and told them off. He explained their choices of parenting and fans quite like that he stood up to all of them. Mind you, one fan noted on Twitter that they felt he “talked down” to them. Nevertheless, the whole thing escalated as it usually does on Real Housewives of Beverly Hills. Finally, Denise got totally fed up and decided she’d just rather go home. Denise and Aaron left and walked away holding hands. But Aaron threatened to break her hand as the RHOBH star tugged him along with her.

Bravo’s cameras on the couple caught what Aaron said

Unfortunately for Aaron, the camera remained on them as they made their exit. So, fans heard what went down. While Kyle chased after the couple, it seemed obvious Aaron wanted more confrontation. But Denise, aware of the cameras, warned him to just shut up and say nothing. Several times, she tugged at him, trying to just get home. That’s when Aaron lost it and threatened Denise. He said, “Don’t tell me what to say, I’m going to crush your f**king hand.”

While Denise seemingly ignored his angry comment, fans certainly took note of it. Over on Twitter, they expressed their shock and anger about it. One said, “I had to ask If I heard it right the 1st time. Couldn’t believe it.” Another RHOBH fan noted, “I really hope this is not a component of what will be revealed later in the season.” But another critic also commented that Denise got a bit of a rep for loving “crazy men.”

What Aaron said to Denise while leaving Kyle’s was alarming. 😳 I hope we don’t get a repeat of Season 2. #RHOBH

The RHOBH star sounded a bit indistinct, so fans rewatched

Many people said they went back to check they heard Aaron right. One fan said they did that three times to clarify. They noted, “Ok, had to rewind like three times to understand what Aaron mumbled to Denise as they walked out of Kyle’s house.” Then they confirmed what he said. Their post showed the text to clarify. You can see the tweet further down in this article. Sadly, in anger, he said he’d “break” her hand.

Several fans worried for Denise as it sounds like Aaron maybe struggles with “anger” management issues. Others felt that no matter what, it’s “not okay” to threaten a woman. One fan, not sure she could believe her ears noted, “Aaron should have just shut up, and if he said he’d crush Denise’s hand as they were leaving, he deserves to have his ass handed to him and some therapy. I think denise is right, but it ain’t cool to threaten with bodily harm.”

.Ok, had to rewind like three times to understand what Aaron mumbled to Denise as they walked out of Kyle's house. He said: "Don't tell me what to say." Then adds, "I'm going to crush your f—king hand. Stop it." #rhobh pic.twitter.com/mlYxRTmdMN

What do you think about Aaron Phypers threatening to hurt Denise Richards during the RHOBH episode? Sound off in the comments below.