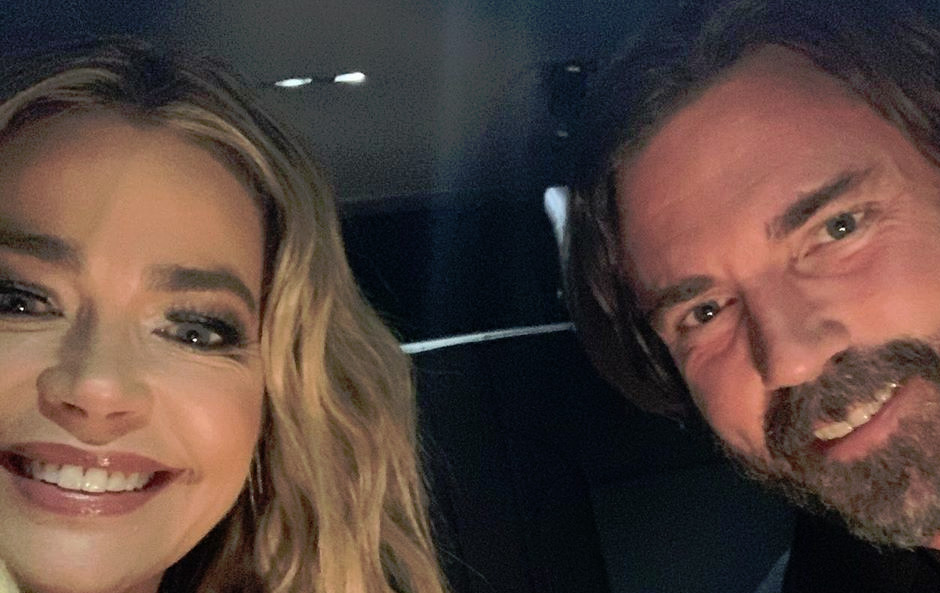 Season 10 of The Real Housewives of Beverly Hills took an odd turn during the April 29 episode. As fans eagerly await the fallout between Denise Richards and Brandi Glanville, they got a peek into what Aaron Phypers does for a living instead.

Justin Sylvester from E!’s Just the Sip got a seat at the table. Kyle and Denise’s husbands – Mauricio Umansky and Aaron Phypers, respectively, were in attendance as well.

During dinner conversation, the topic turned to Aaron’s holistic medicine center and what exactly he does for a living. While Aaron is also an actor, his main job is running an alternative medicine center in Malibu, California.

Aaron began his explanation by cautioning the ladies that everything they know “about how diseases process and stuff works is not true.” Before continuing, he paused to mull over how to word his methods, noting, “I have to be careful.”

At this point, Denise chimed in to remind him that they “already have people following us.”

“Be careful” and “people are following us” was the refrain between Aaron and Denise for the rest of the conversation, People reports.

Despite his wife’s warnings, Aaron did explain some aspects of his job. At Kyle’s urging, Aaron recounted growing up near a nuclear facility. He said,

“I watched everybody die of cancer. I couldn’t understand why we could split an atom with sound and cause a nuclear explosion.”

He went on to explain that his work is based on measurement of the electromagnetic spectrum frequency. He said, “I break down stuff so you can all heal you.”

However, he went on to clarify that he doesn’t “heal anybody.” Rather, he removes “Blocks, discord, information.”

At one point, Aaron claims that he regrew his Achilles tendon without surgery. Garcelle pushed back by asking him “No surgery, is that what you’re saying?” Aaron reiterated that his tendon healed without surgery.

Fans took to social media to express confusion over what Aaron was saying. One Twitter user posted a photo of Garcelle, Lisa and Erika looking on in confusion as Aaron talked.

😂 I was dyyying the way Garcelle, Lisa and Erika were looking at Aaron explain electro-nuero-pulsar thing! #RHOBH💎 pic.twitter.com/DJ96Xjcvpw

Fans weren’t the only ones confused. During a confessional, Lisa openly admitted to not understanding what Aaron was talking about. The Melrose Place actress said that she and her husband, Harry Hamlin, know a bit about fusion energy.

However, she couldn’t ”Wrap my brain around what Aaron is saying.”

Denise wouldn’t discuss too much at the dinner party who might be following the couple. However, she elaborated quite a bit in her one-on-one interview. She implied that “Certain organizations” didn’t like Aaron’s work “Because they make a lot of money otherwise.”

The Wild Things actress again brought up that the couple is routinely followed. Bravo then played a clip of Aaron and Denise driving a few days earlier. Denise said to Aaron, “There’s that weird car again.”

While Denise has been accused of walking out on filming during the season, she had a real excuse for leaving the dinner early. At the time, Denise was recovering from hernia surgery.

Tell us in the comments if you think the government is following Denise and Aaron.

The Real Housewives of Beverly Hills airs Wednesdays on Bravo. Check out a preview of next week’s episode below.

Preview for next week's #RHOBH💎