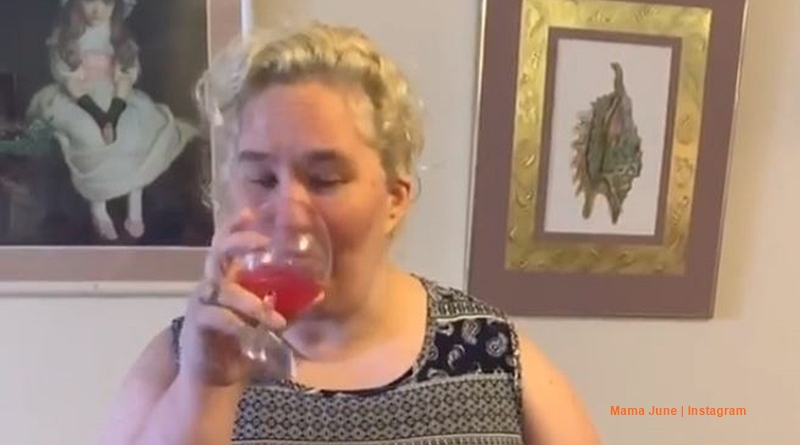 Mama June Shannon recently shared photos of herself doing yoga and exercising with Adam Barta. Plus, they saw that she finally fixed her broken tooth. Just a few days ago, she got spotted running on the beach in Florida. But some critics suspect that she uses drugs as she’s seemed super-hyped during a promo on Instagram.

Mama June Shannon – cleans up her act, but fans remain suspicious about drugs

Mama June Shannon sold off her home and took off with her boyfriend Geno. Living out of an RV and inside residential hotels, they did their rounds at various casinos. News came via outlets like TMZ that one hotel room got trashed in a domestic argument. Then, news came that she started pawning off her personal belongings. In the show, fans saw that she also sold her daughter’s car. Fans suspected that she spent all her money on casinos and drugs.

Recall that June faces charges for alleged possession of crack and paraphernalia. In the new season of Mama June: Family Crisis, fans see that June estranged her self from her daughters. Honey Boo Boo’s particularly upset about her mom. The whole season revolves around her sister Doe Doe trying to get her home and into rehab. But Mama June steadfastly keeps her distance. In real life, it seems she tries to get her life back together. She cleaned up her act a bit, but critics still think she does drugs.

The Mirror UK reported that recently, someone photographed June running on the beach in Florida. Her friend, Adam Barta joined her in the workout. But critics think perhaps she still uses drugs. In a promo for BoomBod on Wednesday, June talked very fast, moved around a lot, and missed the glass she put the powder in. One critic noted, “She has that tweaker twitch.” Another one asked, “Why is she so jittery?” One simply slammed June, saying, “Stop doing meth.”

One Mama June Shannon follower said they come from a home with addiction. They wrote, “She is high as hell cant even stand still. believe me many addicts in my family. know the signs and their is a lot, [sic].” But other fans disagreed. They think Mama June sounds more like her old self. Those who know that June’s legally blind felt that spilling a bit of powder really isn’t a big deal. Others slammed those who suspect June does drugs.

Another fan said that those people who “watch the show” know what June looks like when high. They don’t think there’s anything wrong with June in the promo video. Do you agree? Sound off in the comments below.