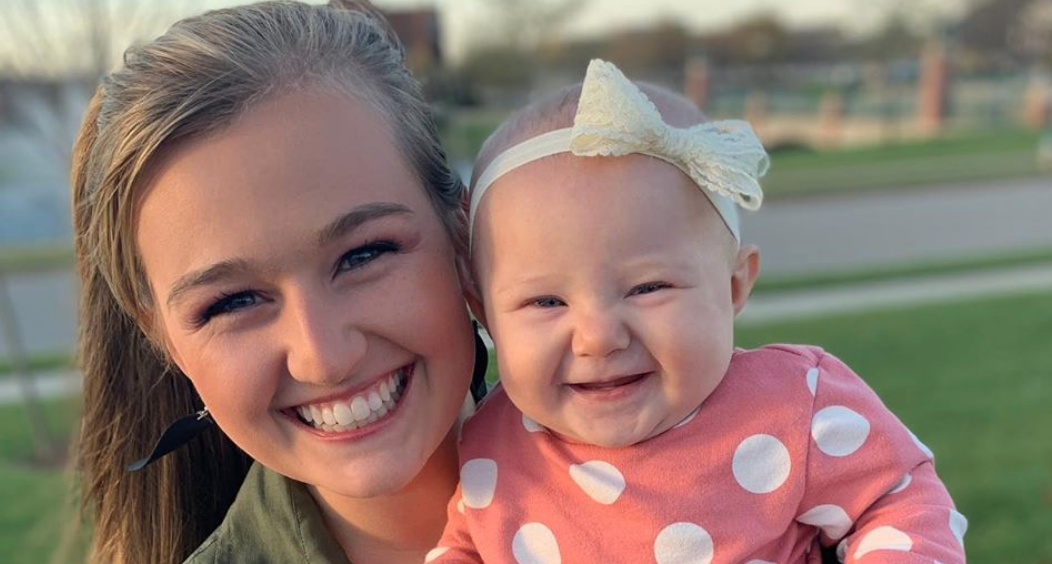 On Thursday, Joe and Kendra Duggar broke their two-month Instagram silence. In a new post, they reveal that their second child, Addison, is seven months old. They refer to her as their “cutie.” In the post, the couple shares a photo of Addison sitting in the grass.

She’s wearing a floral-print dress, a bow headband, and a little bracelet. The seven-month-old baby is smiling and showing off her two teeth, which her parents mention in the caption. They also reveal that she sits up on her own now.

As usual, fans are gushing over little Addie. They think she looks adorable in the new photo. They especially love getting to see her two little teeth. Of course, they comment on how quickly she’s growing up.

Addison isn’t the only granddaughter in the family who’s around seven months old. November 2019 was a busy month for the Counting On family. The babies born in November include:

In May 2019, Jessa and Ben Seewald welcomed their daughter, Ivy Jane, to the world. Then, in January 2020, John and Abbie Duggar had their first child, Grace Annette. Now, Joy and Austin Forsyth expect a baby girl in just a couple of months. Plus, Jinger and Jeremy Vuolo will have a baby around that time as well. So, it seems like baby girls are dominating the family at the moment.

While some members of the family share frequent social media posts, Joe and Kendra do not. They don’t share new posts frequently, and this could be due to Kendra wanting to live a more private life. So, fans are always excited to see what the couple shares when they decide to post on social media.

Despite staying quiet on social media, the couple is still going to be a part of the upcoming season of Counting On.

As reported by TV Shows Ace, Addison and her big brother Garrett, who is almost two, are very close. Counting On released a new video of the young siblings bonding. Joe and Kendra reveal that Garrett does a good job of entertaining his little sister. Plus, they seem to love each other.

Stay tuned for the latest updates on the entire Duggar family. Plus, don’t miss the return of Counting On on June 30!