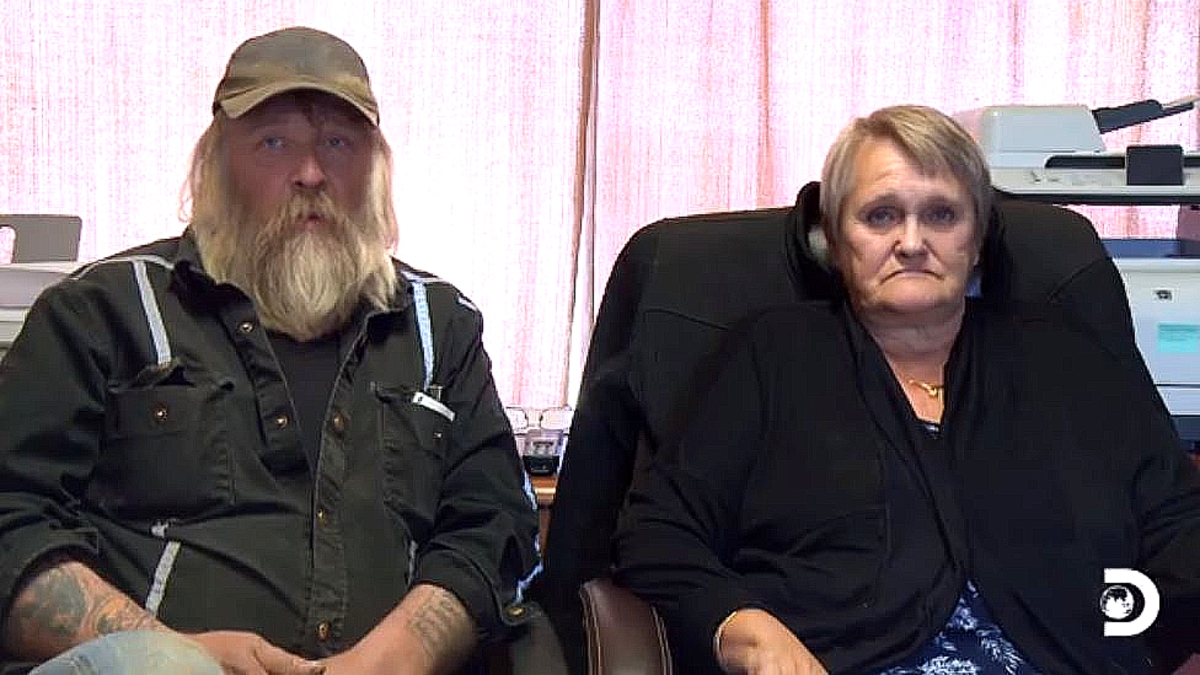 Gold Rush on Discovery has a solution for the stuck at home blues.

Are you curious as to how your favorite reality TV series is coping with COVID? TV Shows Ace has an exclusive preview of the Beets family as they explain to fans what it’s like to be locked down with each other.

Imagine your partner is the bombastic Dutchman, Tony Beets, who weaves the word “f***” into a tapestry of foul-mouthed prose and wit on Discovery’s top-rated series Gold Rush. And not just him, but the whole darn family is pretty adept at the F-bomb slinging on the series, too.

Discovery Channel‘s special COVID-19 programming lineup includes this Friday night catch up with the Beets as we see how Gold Rush’s feisty family is coping with the quarantine, all while not moving very much pay dirt.

The TV Shows Ace clip below starts with a hilarious cold open as a stoic Minnie Beets sits next to her man, Tony. The two are showing no emotion, just bewilderment as they are asked: “So… do you [two] have any unique fitness routines? And how are you motivating yourself during lockdown?”

Tony Beets and his entire family are on their claim, but banned from mining while they isolate for two weeks of quarantine.

Daughter Monica Beets asks her mother Minnie: “Do you think that if we have a nice quiet peaceful year that it’ll be good for your husband? Or do you think he’ll drive you fu**ing bananas?”

Knowing full well Monica is trying to get a rise out of her, Minnie Beets deadpans: “I think my husband is gonna be driving all of us nuts.” And she is right.

Agitated and not accustomed to being told to stay put, Tony Beets says: “You know, you just kind of wander around all day, so to speak. Because you know you want to do all these things, you get all these great plans for the season…and you can’t put none of it in action. So here you are laying on the couch, it’s not a very simple thing to do.”

Putting a unique Beets fine point on all of it, Tony adds: “You know, the longer this shutdown is gonna work, the more bitchier everybody’s gonna get so the more space we’re gonna need.I don’t think on the end of the day six feet is going to cover it to be honest with you.”

But for Kevin Beets and his girlfriend Faith Teng, it’s a slightly different story.

The two seem happy the quarantine is in effect.

Kevin says: “It’s like every year around this time Tony’s always like, let’s go! To be be fair, lockdown for us is not much different than what we do in the winter. And Faith adds: “We stay home and play video games that’s what we do, and annoy the cat.”

And when asked how he was coping, Mike Beets says: “I was never a big socialite. And like, the very few things I did when I socially I can’t do those anymore but again, like I said, it doesn’t really bug me. Because the six people I talk to… I work with three of them.”

Beets Family in lockdown status on the next Gold Rush

The Gold Rush special airing Friday night will give an inside look at how COVID has impacted the Beets’ family operations as well as how they’re planning to film the new season. Other Gold Rush stars will be featured too, like Parker Schnabel.

Who will make it out alive from Camp Beets during the COVID-19 Lockdown? We are betting on Monica and Minnie: