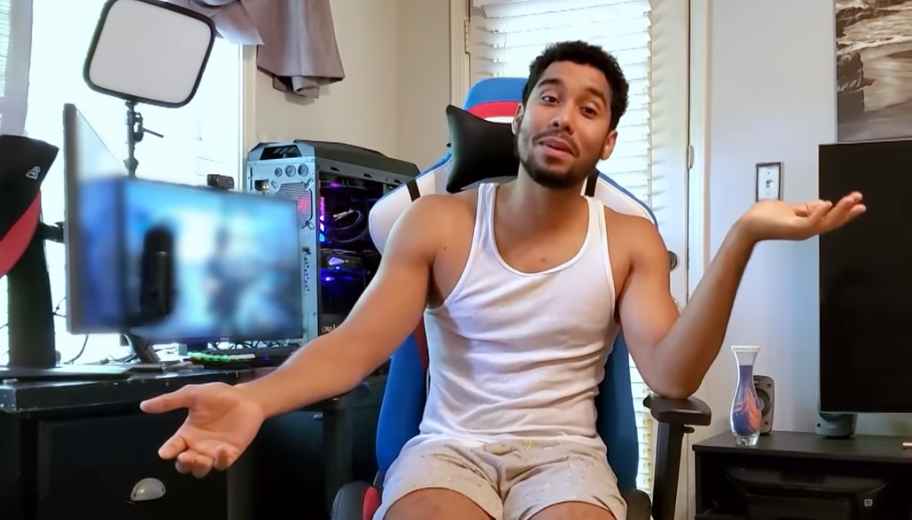 90 Day Fiancé star Pedro Jimeno normally fights with his in-laws. However, he is now quarantining apart from the family in the Dominican Republic. This has led to Pedro facing off with his own relatives. As almost everyone in the world knows, living under lockdown isn’t easy.

However, the Jimeno family is trying their best to keep in touch. Meanwhile, as Pedro quarantines in Atlanta, he is now picking on his sister, Nicole. He says she is “abandoning” their mother. Lidia back home in the Dominican Republic.

Pedro, 28, is locked down with his wife Chantel, 29, in Atlanta, Ga. He and Chantel are doing pretty OK. Pedro is concerned about his mother in the Dominican Republic. Monday’s episode of 90 Day Fiancé: Self-Quarantined shows Pedro in a three-way FaceTime call with his family.

Talking in Spanish, Pedro tells his mother to talk to Nicole. He says his sister is the one who abandoned their mom in the Dominican Republic alone. Pedro says Nicole knew exactly what was going on, while she is living in New York.

Nicole tries to defend herself. But, eventually, she does feel bad about being so far away from their mother. However, she does say to the TLC cameras, in Spanish, that she didn’t do this to their mom on purpose. She says she didn’t know the lock down was going to happen. However, she says Pedro and the rest of the family believe she did this on purpose.

The COVID-19 pandemic has forced people all over the world to shelter in place. No one has the chance to travel home and be with their family. It just so happens, Nicole is living with a friend in New York as the pandemic hits America. Prior to the lock down, she has no idea everything would be shut down in the USA. Of course, now even the airports are closed. She explains this is something that has never happened before.

As noted by In Touch, despite all the tensions, Lidia is quarantining in a comfortable home in the Dominican Republic. In fact, her daughter-in-law, Chantel Jimeno admits she is a little jealous. During an earlier episode of 90 Day Fiancé: Self-Quarantined, Chantel complains about being stuck in their home. She says it is “claustrophobic.”

Chantel feels frustrated, as in an earlier episode she described her home as being their living room, kitchen, office, study, games room and more. Pedro points out the American dollar does go much further in the Dominican Republic than it does in Atlanta.

Meanwhile, it turns out Chantel has some health concerns relating to COVID-19. In a May 4 episode, she says she hasn’t been able to smell anything for several days. Chantel is worried as she knows this is a symptom of the virus. She says she doesn’t want to go to the hospital, as she is scared. Chantel says if she doesn’t have the virus, she could catch it by going there.

Fans hope both sides of the family stay safe and well during the pandemic. This is true regardless of their lock down situation.

90 Day Fiancé: Self-Quarantined has been airing on TLC on Mondays at 9 pm ET/PT.

Foxy Grandma Of ‘Unpolished’ Gives An Update On Tuna For Life!
Julie Chrisley’s Birthday Revealed By Family, Well Wishes Follow
’90 Day Fiance’ Star Jon Walters Reveals He Misses His Family
‘MAFS’ Season 12 Spoilers: Is There a Baby on Board?
How Do ’90 Day Fiance’ Stars Loren And Alexei Brovarnik Make A Living?