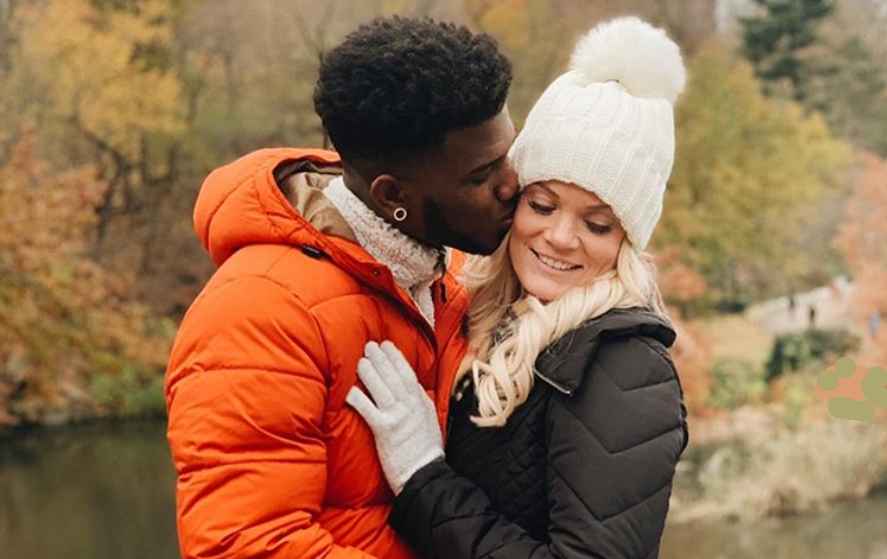 After all the problems with their relationship, 90 Day Fiancé alums Ashley and Jay Smith show us how to handle a marriage. Having broken up a couple of times… This lovely couple is renewing their vows. And, exchanging beautiful, new wedding bands.

90 Day Fiancé alums Ashley and Jay to renew their vows

Ashley Smith was interviewed by In Touch recently about the state of her marriage with Jay Smith. Ashley says, following their recent reconciliation, she is looking forward to renewing vows with her Jamaican hubby.

A mother-of-two, Ashley says their marriage didn’t start off well. The TLC reality star says they have been left with a lot of bad memories. However, now, they plan to start off fresh with new vows and brand new wedding bands, too. Ashley gushes about her new ring, saying it is her “dream ring.” Jay let her pick out whichever ring she wanted.

Since appearing on 90 Day Fiancé, Ashley and Jay have had a number of hurdles to cross in their relationship. Ashley filed for divorce from Jay in January 2019. But, changed her plans less than two weeks later. April also saw Ashley filing for divorce. However, both Ashley and Jay were spotted together at the Season 4 premiere party.

Happy Monday! How’s everyone holding up? Lots of love from our family to yours, please stay safe and stay home everyone ❤️ 📸: @kiamariestone #stayhome #staysafe #covid_19 #quarentine

Ashley said that six months later, they were talking again.

Meanwhile, March 2020 saw Ashley and Jay announce they are officially reunited. The pair share TikTok videos of themselves. In one, Jay captions the clip, saying, “Maybe, this quarantine isn’t that bad after all.”

While the TLC reality stars have struggled along the way, Jay admits they have ripped up their divorce papers. They are thrilled to see what their future holds.

Ashley speaks about moving forward with Jay. She says if you feel you have problems in your marriage and choose to try again, you must remember “the past is the past.”  Going forward, don’t dredge up the past. Choose to forgive your partner for what they did.

Some throwbacks! What is the first thing everyone wants to do when quarantine is over?!? Mine is some pampering and going out to visit friends and family! #throwback #boredinthehouse #quarantine#xanexsmoothie

Jay says their relationship is “stronger than ever.” He says this time is not going to go like last time, adding, “We’re going to stay together.” Jay stressed, “This has to work.”

Meanwhile, the pair is excited, as Ashley is busy launching her lingerie collection. Ashley says she is “launching a limited private collection with Pulchra.” The TLC alum reckons once the quarantine is over, they will be opening a store and expanding their collection. Both can’t wait for life to get back to normal. Neither has any plans of returning to the 90 Day Fiancé franchise. They are too busy and too happy to even think about that.