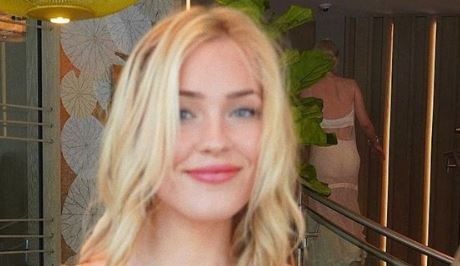 Cassie Randolph and former Bachelor star Colton Underwood have recently broken up. However, Cassie wanted to take a break from social media to reflect on her life. She was also aware of the negativity she was receiving. Cassie knows she could “easily” turn off her phone and walk away. Because of the recent events going on in the world, she thought it “almost feels cowardly.”

That being if she were to take, “a little time” off of social media right now, so she took to her Instagram two days after announcing her and her handsome boyfriend split up. Cassie opened up to her Instagram fans amid the weekend full of protests. Because of the tragic death of George Floyd everyone has been flooding social media.

I had planned to take a little time off of social media, but it almost feels cowardly. I can easily turn off my phone and walk away from the hate directed at me right now. But what about those who cannot walk away and are daily subjected to a much greater hate, simply due to the color of their skin? Watching what has been unfolding in our nation, I feel it’s important to step outside of my own immediate world and acknowledge just how big this problem is and how divided we are. I can’t even begin to understand what it would be like to live each day knowing I was being negatively profiled because of the skin color I was born with..that even something as simple as wearing a hoodie could be dangerous because of how it makes people perceive me. I’ve also seen first hand the predudice and stereotyping my Asian friends deal with, made worse most recently in the midst of corona virus. I have been highlighting graduating high school seniors and someone said to me, “this class was born during 9/11 era (2001) and is graduating in this mess of 2020”, reminding me of the prejudice that those from the Middle East deal with, as well. The list could go on. I pray for the day when skin color doesn’t define us, but rather our character and actions do. The amount of hate that exists in this world is truly heartbreaking. Every form of it. The way that people can cause hurt and pain in another human being without even thinking twice or having consequences is absolutely disgusting. It saddens me how little empathy people can have. Earlier this week, I storied resources that were shared with me on how we can educate ourselves, and I have a few up now. And I will add more. If you don’t know where to start, but want to be part of a solution, educating yourself about the topic is a great first step.

More Than Just A Breakup Going On

Cassie Randolph realizes that others can never walk away from a “much greater hate.” Because of it being directed at them daily based on the color of their skin. Cassie disclosed her plans to take a break from social media due to the hate she is getting following her recent breakup. Randolph felt the need to step out of her “own immediate world” and recognize the racial divide in our country.

According to Inquisitr, Cassie Randolph used her social media platform to urge followers to educate themselves. Because we should be educated about racism and try to be a part of the solution. Cassie shared a quote from Martin Luther King about racism and revealed she can’t stay silent. What a strong message from Cassie for her first new post following her split with Underwood.

Cassie Randolph Gets Support From Fans

The reality star has 1.7 million Instagram followers and many of them left positive comments. A lot thanked Cassie for using her platform for such an important message. However, some were surprised she was receiving hate for ending her relationship with Colton. Because there are so many more important things happening right now.

Not every comment was positive though some accused Cassie Randolph of being fame-hungry. One commented, “Everyone was right about you in their original judgments on The Bachelor. Fooled us for a while but not anymore.” Cassie clapped back at the trolls, “All this hate is awful. From the sh*t going on in our world right now to the petty sh*t people send me, I do not know how people can stand themselves to be such awful, hateful humans.”

Cassie and Colton may have decided to go their separate ways, but that doesn’t mean they don’t care about each other. No one knows what the future holds, but Cassie and Colton will find their own happiness. Cassie hopes to get across to her Instagram followers that there are bigger issues than her relationship.