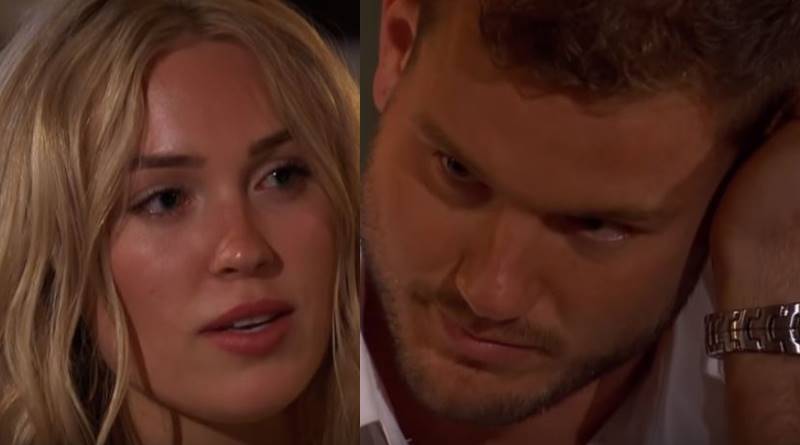 Bachelor fans expected that one day, Cassie Randolph and Colton Underwood would marry. But, it seems that quarantine certainly tests the limits of relationships. The news they split came on May 29. Cassie shared it on Instagram. Mind you, both of them stayed rather quiet for a while, so many fans already anticipated trouble in paradise. Taking to social media, thousands of their fans reacted to the news about the split.

TV Shows Ace reported that Cassie shared a very long post about the split. She noted that writing about the split was really hard, but one of them needed to tell their fans. She said that they don’t feel ready to talk. But, they know their “silence” just fueled even more speculation. They don’t seem unhappy with each other. And, she vowed they always “have each others back.”As for Colton, he shared how they did a lot of “self-reflecting.” So, the split didn’t come suddenly for them.

Sounding a bit positive, Colton said that they remain “friends,” noting that they start new chapters in their lives. While many fans suspected problems, others felt that perhaps their long quarantine together helped them bond and grow closer. However, it seems that’s not the case for this Bachelor couple. Interestingly, the producers of the ABC show never really felt that Cassie was ready for a long term commitment.

First off, I want to say this is one of the hardest things I have had to share as neither one of us is quite ready to talk about it yet. However, because our relationship is such a public one, our silence on the matter has been speaking for us. Colton and I have broken up, but have decided to remain a part of each others lives. With all that we have gone through, we have a special bond that will always be there. I love Colton very much and have an enormous amount of respect for him. We have both learned and grown so much these past couple years, and will always have each others back. Always.

Many fans reacted to the news of the split. US Weekly noted that co-stars from Bachelor Nation also talked about the end of the love affair. Dean Unglert hoped they both find happiness in the future. Meanwhile, Jason Tarick said that he’s there for them. Many others commented in similar ways. It seems the two stars attract popularity from the other ABC cast members.

Meanwhile, Bachelor fans also set a lot of loving support on Instagram. Over on Twitter, fans seem particularly upset. One said, “I am very upset about this whole Cassie and Colton break up and need time to process.” Another one wrote, “Cassie and Colton broke up and I no longer believe in love now.”

A third fan noted, “Colton and Cassie broke up. 2020 has OFFICIALLY gone down the mother trucking drain.”

Cassie and Colton have broken up. Let's all jump a fence in memory of them #TheBachelor pic.twitter.com/CsgGfn7d52

But not all Bachelor fans seem that upset. One critic said, “lmfao. at #TheBachelor nation news, everyone saw that breakup coming. Colton had to BEG HER to be with him. She was like “ehhhhhhh” the whole f–king time. Watching The [show]… killed my desire to date, cause it proved most dudes are just dumb as bricks re: love.”

Other fans felt that Cassie never really wanted a long term relationship. That matters because Colton really looked for love and she didn’t want the commitment.