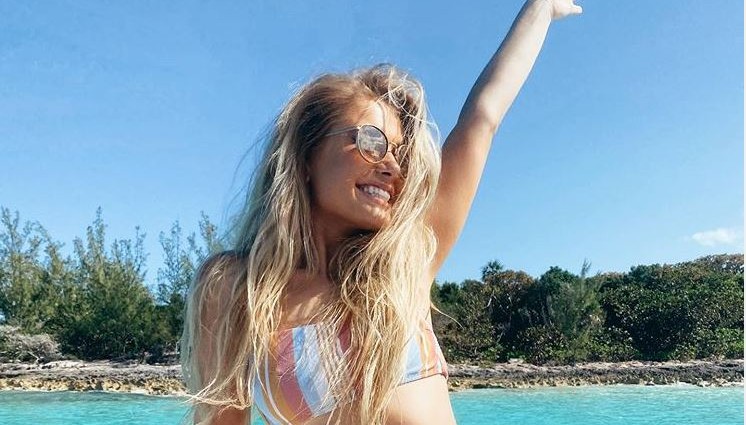 Couples quarantining together can definitely test each other’s nerves. Bachelor in Paradise alum Demi Burnett and boyfriend Slater Davis are no different. Demi admits that she and Slater have had their fair share of fights. They weren’t dating more than two months before the coronavirus quarantines began. And, especially in a new relationship, this can be hard.

US Weekly shared the scoop about Demi and Slater. She admits it was not always easy quarantining together. When the quarantine started they had not been dating long. However, she says they had spent everyday together up until this point. So, Demi didn’t think twice about agreeing to quarantine with Slater and his family.

Demi says she wasn’t expecting to argue so much since they did already spend tons of time together. She said, “[When] you spend that much time with someone and their family — it’s like you start nit-picking and you start getting mad over the stupidest stuff and fighting about it.”

Quarantine ain’t so bad with you 💕

Quarantine overall made them stronger

Now, Demi thinks the whole thing made her and Slater stronger. While there were more than their fair share of arguments, Demi says now she knows they can survive. Demi said, “What I learned from it the most is we can resolve our fights. Even if I’m annoyed or he’s annoyed with me, whatever and we do get into a little bicker, we can resolve it maturely and so that’s very telling.”

She admits a few of their fights have created a tense environment at Slater’s mom’s house. Demi says once she left after an argument to grab some things from her place. When she returned she felt a little uneasy due to knowing they talked about her.

Demi said, “I definitely feel uncomfortable at times, but I’m just trying to get over it but it’s frustrating cause it’s like, ‘Babe’ — I’m like, ‘Don’t involve your family in all this cause you know I’m here with you and it’s gonna be awkward for me and uncomfortable and I don’t want that.’”

Even with the arguing they are still going strong and building their relationship.

Demi is another Bachelor alum who spoke up following the death of George Floyd. She shared a quote on Instagram. She then captioned the quote. Demi said, “The light of truth is we are living in a country that has been ruled by white privilege and supremacy since it began. The light of truth is that Black people face horrifying injustices consistently in this country. It’s time for change. It’s time for everyone to stand up for the right thing. Educate ourselves, our families, our peers.”

She continued encouraging others to not stay silent. She ended her post with “#blacklivesmatter.”

Stay tuned for more details about all your fave Bachelor alums.